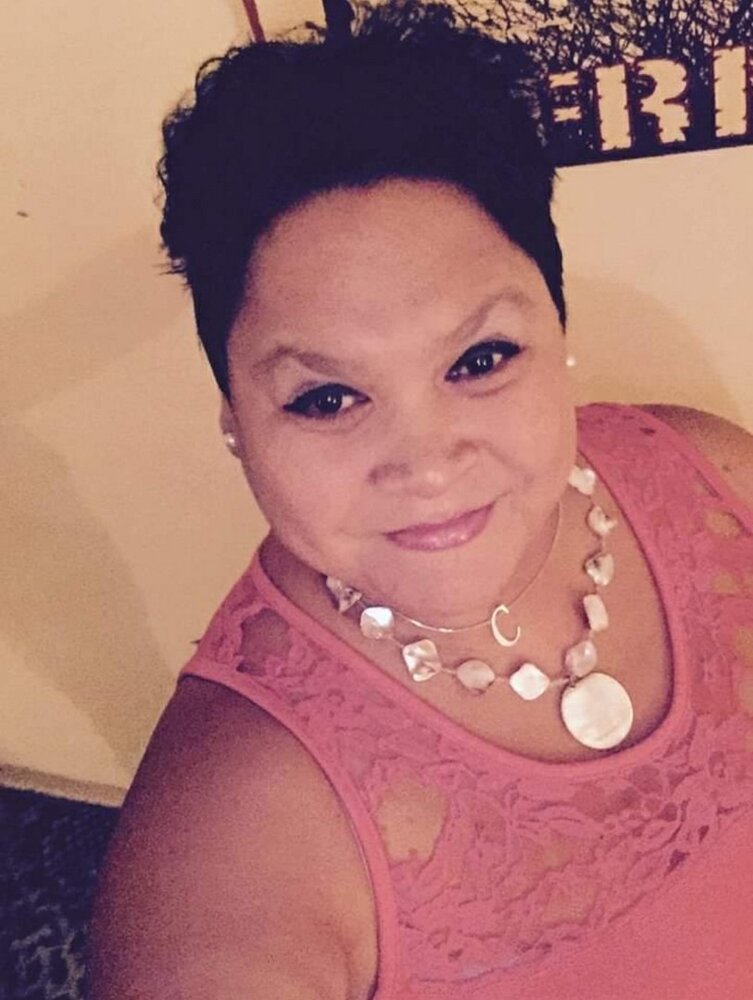 Please share a memory of Corrine to include in a keepsake book for family and friends.
View Tribute Book

Please click here to view a livestream of the service

Corrine Lorraine Tourangeau passed away on October 29, 2022 in Regina, SK. She was born on December 17, 1972 at the Kamsack Union Hospital with her twin brother, Cory, who survives her. Corrinne was predeceased by her birth parents, George and Lillian Tourangeau; by her mom and dad, Irene and David Becking; four brothers: Alfred, Melford, Kenneth and Ronald Tourangeau; special aunt Martha Keewatin; and by Doug Becking, Darlene Boychuk and Kelly Becking.

Corrine will be lovingly remembered not only by her twin brother, but also by her daughters, Shailey (Ashton), Brooklyn (Tyler) and her one and only grandson Oliver, whom she loved so much. She is also survived by her brothers Raymond (Jocelyn O'Soup), Laurie and Alvin Tourangeau, two sisters, Georgina Tourangeau and Margaret (Norman) Straightnose; sisters-in-law Vera and Norine; and many nieces and nephews. Corrine is also survived by Sam Boychuk, Dianne and Zenith Kotyk, Orville and Janice Becking, Sharlotte and Ivan Saley, Sherry and Trevor McCuaig, Kathy and Don Starchuk, Charlene and Michael Malayney, Marci Becking and Dan Mendoza, Marla Becking, Mandi Becking DeKelver and Rick DeKelver, and their children. She is fondly remembered by her second parents, Lynn and Kim Nelson.

Corrine was of Cote First Nation. She grew up in Runnymede and attended school at Kamsack Victoria School, Kamsack Junior High and Yorkton Regional High School. Growing up, she loved looking after children in Runnymede and Togo. Later, she went to Richards Beauty School and took a course in hair dressing, and worked as a waitress at Bubbas, which she enjoyed. Corrine loved singing karaoke and being with friends. She had a wonderful, charismatic personality.

Corrine was a strong person who never gave up, no matter what. Cory, Shailey, Brooklyn, Oliver, and the Tourangeau and Becking families would like to thank Corrine's doctors, Presade and Richardson and the staff at the Regina General Hospital Renal Unit as well as the drivers from the Regina Paratransit Service for taking such good care of Corrine for the past ten years.

Thank you, everyone, for all of your support.

We would like to invite friends and family to Corrine’s Visitation at the Speers Funeral Chapel, 2136 College Avenue, Regina, SK on Monday, November 7, 2022 at 1:00 p.m. followed by her Funeral Service at 3:30 p.m. with cremation to follow. Her Interment will be held next summer at the Runnymede Cemetery in Runnymede, SK. To view the livestream of Corrine's service, please click the link at the top of this page which will be made live on the day of her service.

Share Your Memory of
Corrine
Upload Your Memory View All Memories
Be the first to upload a memory!
Share A Memory