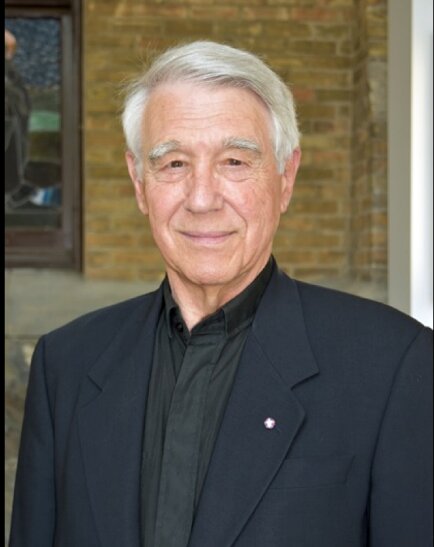 It is with broken hearts that we announce the sudden and unexpected passing of our beloved Michael on November 23, 2022, at the General Hospital in Regina.

Michael will be deeply missed by his wife Helen; son John (Carrie); daughters Tanya (John) and Sarah; his very precious granddaughters Zoe, Ava, Mikaela, Saleena, Frances, Sophia and Lucy (he loved being a papa and “papa taxi”); and by Helen’s son Jason. He is also survived by his sister Elizabeth (Peter); brother Peter (Renee); and by his nieces and nephews. He was predeceased by his sister Cathie (Allen).

Michael was a former university teacher of French studies; he earned a doctorate from L’Université de Caen in France in 1978.  He was a certified French-English translator, an experienced conference interpreter, and an occasional court interpreter.

Michael was chief of protocol of the Province of Saskatchewan from 1980 to 2005. He coordinated ten provincial tours by members of the Royal Family and was instrumental in the establishment of the provincial honours program, starting with the Saskatchewan Order of Merit in 1985. From 1998 to 2005 Michael was also executive director of Government House Heritage Property in Regina. He was chairperson of the Government House Foundation from 2016 to 2019.

Michael was a public affairs officer in the Canadian Army Reserve from 1983 to 1995, retiring with the rank of major. His influence enabled St. Paul’s Cathedral to become the regimental church of the Regina Rifles and in arranging for HRH Princess Anne to become honorary colonel of the now Royal Regina Rifles garnered support for his enlistment. This move had other implications for him personally. A seemingly confirmed bachelor, Michael met his future wife, Second Lieutenant Helen MacLean, in the Officer’ Mess. The couple married in 1987.

Ordained to the diaconate in 1977, Michael Jackson is the longest-serving deacon in the Anglican Church of Canada; He was a canon of the Diocese of Qu’Appelle, and assistant at St. Paul’s Cathedral, Regina. He is author of two online studies, The Diaconate Renewed: Sacrament, Word and Service and The Deacon in the Worshipping Community (Diocese of Qu’Appelle website), facilitated an international, ecumenical network of deacons, and was a reviewer of publications on the diaconate. He was editor of a book published in 2019 by Sacristy Press, Durham, UK:  The Diaconate in Ecumenical Perspective.

Michael coordinated four national conferences on the Crown, at the Senate in Ottawa in 2010; Government House, Regina, in 2012; Government House, Victoria, in 2016; and the University of Toronto in 2019; and prepared for a fifth at St. John’s, Newfoundland & Labrador, which was to be in September 2022 and was cancelled due to the death of Queen Elizabeth II.  He was co-editor of The Evolving Canadian Crown (2012) and Canada and the Crown: Essays on Constitutional Monarchy (2013), both published by McGill-Queen’s University Press, and the author of The Crown and Canadian Federalism (Dundurn Press, 2013).  He was editor of The Canadian Kingdom: 150 Years of Constitutional Monarchy (Dundurn, 2018) and of Royal Progress: Canada`s Monarchy in the Age of Disruption Dundurn, 2020); and co-editor of A Resilient Crown: Canada’s Monarchy at the Platinum Jubilee (Dundurn, 2022). Michael was founding president of the Royal Victorian Order Association of Canada from 2008 to 2020 and was the current president of the Institute for the Study of the Crown in Canada.  He often served as presiding official at citizenship ceremonies in Saskatchewan.

In 1987, Her Majesty the Queen invested Michael as a Lieutenant of the Royal n Order (LVO) and in 2005 promoted him to Commander (CVO), the highest rank of the Order open to Canadians.  In 2007 he was invested as a Member of the Saskatchewan Order of Merit (SOM).  He is a recipient of the Canada 125 Commemorative Medal, the Canadian Forces’ Decoration (CD), the Queen’s Golden Jubilee Medal, the Saskatchewan Centennial Medal, and the Queen’s Diamond Jubilee Medal.  In 2020, the College of Emmanuel & St. Chad in Saskatoon conferred on him the degree of Doctor of Divinity honoris causa. In 2021, he was awarded the Sovereign’s Medal for Volunteers for this service with the Institute for the Study of the Crown in Canada. In 2022 he was a recipient of the Queen’s Platinum Jubilee Medal.

Michael’s presence will be greatly missed by those who knew and loved him. A Memorial Church Service and Celebration of Life will be held at St. Paul’s Cathedral, 1861 McIntyre Street, in Regina, on Saturday, May 20, 2023, at 2:00 p.m.  We invite family and friends to celebrate great memories of his life. To leave an online message of condolence, please visit www.speersfuneralchapel.com. In lieu of flowers, donations may be made to St. Paul’s Cathedral.

Share Your Memory of
Michael
Upload Your Memory View All Memories
Be the first to upload a memory!
Share A Memory