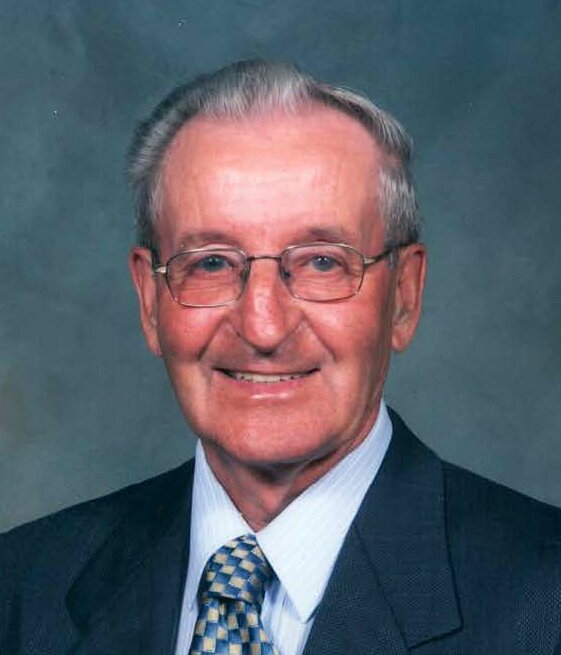 John and Marilyn McRae were married November 4, 1961, in Simpson, Sk. Most of their married life was spent on the family farm between Lumsden and Pense.

The loss of Marilyn in 2001 was difficult for John and the family but he maintained contact with family and friends and rarely missed an event that he was supposed to be at. Dad had a close bond with all 3 grandchildren and always supported all their activities and enjoyed hearing about them. He put on many miles attending Brady’s hockey games, Parker’s baseball games, and Brenna’s dance competitions.

Although he eventually moved off the farm, he never lost his interest in farming. If he wasn’t admiring his own crops at every stage of growth, he was commenting on other fields as he drove by.  Even up until this past fall, he needed to watch the combines rolling across the fields and give his opinion if they were doing it right or not.

John had many interests outside of family and farming, primarily hockey, curling, and music.

His love of hockey spanned his entire life. Playing minor hockey, senior, “Rockers” old timers, coaching and helping with Glenn and Garry’s hockey, watching grandkids play, and any hockey game that was on TV or being played at the Lumsden rink.

John was a member of the first group of 4 hockey players to be inducted into the Lumsden Monarch Hockey Hall of fame in 2012. He played 17 years of senior hockey and another 27 years of recreational hockey finally hanging up the blades in 1999 at the age of 61.

Curling was another favorite winter activity. Having participated when it didn’t interfere with hockey and later enjoy watching any and every curling event that was on TV.

Music was a passion that did not have an off season. Taking lessons on the accordion for a brief period in his teenage years, he mastered it playing by ear and played until he physically was unable to. He was well known among family and friends and beyond to be a very accomplished accordion player.  Many nights were filled with accordion and polka music. Whether jamming with friends or family, or playing solo, to performing with “The Rockers”, the accordion was always a key part of the entertainment. He also attended more than a few Polka-fests over the years and enjoyed attending any live music performance, especially if there was an accordion.

Dad was fortunate to have a wide variety of friends. Special mention and thanks to Allan and Audrey Young, Bill Young and family, Ralph Schumacher, Dave Hansen, any member of “The Rockers”, and many surrounding farm neighbors. He went by many names depending on who you were such as John, Johnny, Josh, Jack, or Swish.

He was also fortunate to have a lot of family that kept close contact over the years. Brother Donald, the McGill family, and the very large Saelhof family.

John, Dad, Grampa will be greatly missed by us all.

As per Dads wishes, a celebration will be held at a later date.