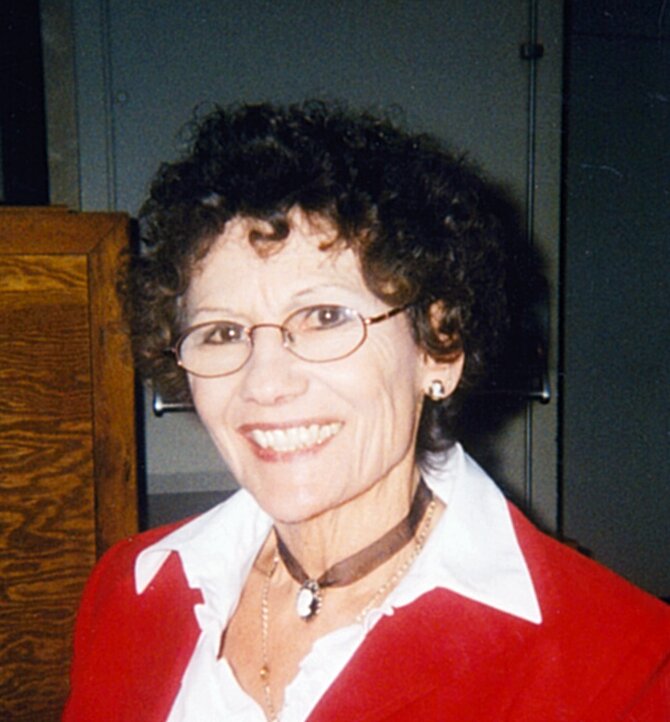 Antoninia (Teena) Yasinski (nee Hawerychuck), age 87, passed away on November 27, 2022, in Regina, SK. Teena was born on August 30,1935 on the Wishart Homestead. She was one of thirteen children. She was predeceased by her parents, George, and Anna, 10 brothers and sisters, and her loving husband of 46 years, Kazimer. When Teena was 17 and working in Laura’s Restaurant in Wynyard, a guy named Kaz would come into the restaurant every day for coffee. She thought he was pretty cute – and so it went from there. Kaz and Teena married on November 18, 1953, in Wynyard, Sk. They raised a family of six kids: Janette (Bill Schwandt), David (Lauria), Cheryl (Robin Jamieson), Audrey, Scott (Trina) Lori (Kurt Kreutzer), and had 15 grandchildren and 11 great grandchildren. After a brief time living close to Hawerchuk relatives in Lindsay, ON, Teena and Kaz decided to return to their Wynyard roots. During their years in Wynyard, Kaz worked at a hardware store and Teena ran the household with patience, hard work, humour, and a caring heart. Kaz and Teena moved their family to the community of Strasbourg in 1970 where they purchased the Marshall Wells store. They happily worked side by side and enjoyed a successful business. When Kaz’s battle with MS caused them to sell the store, in 1978 Teena opened up a licensed daycare in their home (where many of her grandchildren got to spend extra time with them). She was affectionately known as “Baba” to all the kids in town for over 20 years. You could see Teena chasing after kids, gardening, or walking uptown for the mail in her wedge high heels. And at the end of the day, she’d throw on running shoes and ankle weights and buzz around the town perimeter to get in some extra steps. In her later years, Teena moved from Strasbourg to Regina and also enjoyed many years of companionship with her friend, Leonard Watt. Teena has a green thumb, the biggest heart, and was also known to have sewn bridesmaid and flower girl dresses, along with cooking up multitudes of perogies and cabbage rolls for her kids’ weddings. Let’s just call her Superwoman! Over the years, Teena very much enjoyed socializing with friends, whether it be playing cards, volunteering at a community event, throwing a curling rock, or dancing up a storm to some great music! But above all, Teena was a caregiver. She was selfless and knew where she was needed most. She always put the needs of her family and friends above her own. A family Graveside Service will be held at a later date. In memory of Teena, donations may be made to the MS Society, 50 Albert St, Regina, SK, or the Alzheimer’s Society, 2550 12 Ave, Regina, SK.

Share Your Memory of
Teena
Upload Your Memory View All Memories
Be the first to upload a memory!
Share A Memory