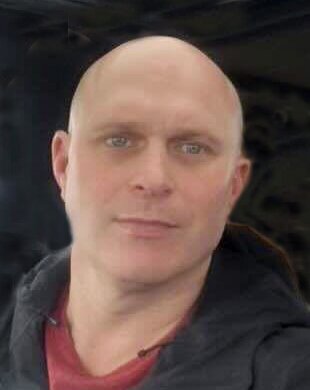 "Please click here to view the livestream of the service."

It is with heavy hearts and profound sadness that we announce that Chet Lamont Culic, late of Regina, was taken away from us on December 3,2022 at the all too early age of 48 years.

Chet was predeceased by his brother-in-law Grant Sheridan and is survived by his children Zack and Abby Culic, his parents Ann and Jim Culic, his sister Cherie Sheridan, and his nephew Tanner Sheridan.

Chet was an amazing person with a larger-than-life personality that made it impossible not to love him. He grew up in Regina where he excelled at hockey. He was a top Pats prospect, but he chose to pursue a business degree while playing Division 1 College Hockey at the University of Minnesota, Duluth. From there he went on to play pro hockey in Louisville, Kentucky before returning to Regina, where he obtained a master’s degree in Business and spent his career working at SaskTel and SLGA.

In 2002, Chet married Jody Perras and together they had two wonderful children, Zack and Abby. While Chet and Jody eventually chose separate paths, they worked together to raise their children to be caring and loving young adults of the highest character.

Without a doubt, his proudest achievements were his children.  Zack, who was an honour student in high school, is presently studying at the University of Saskatchewan. Abby is an honor student at Miller Collegiate in Regina. Chet was so proud that Zack was chasing his academic dream of becoming an engineer, and that Abby, who excels at gymnastics, is passing her gifts onto a younger generation through coaching and judging.

Chet was a minor hockey coach for Zack’s teams from 3-4-5 until his 1st year of U18. He was a prankster who gave all the kids he coached not only the benefit of a great hockey mind, but a lesson on how to work hard and have fun while doing it. Chet was very competitive, but at the same time understood the value of developing every kid to the best of their ability. He knew that not every player could move on and play at a higher level, but that every player needed to look back at their playing career with a smile and good memories. He certainly gave every player he coached that and more.

Chet was on the board of Abby’s gymnastics club, and he loved watching her compete over the years. Chet and Abby could often be found having coffee at Starbucks or shopping together.

While we are sad to have lost Chet at such an early age, we are blessed that he touched so many lives.    Chet had such a charisma that every friend he made he always included their entire family. He regularly stopped to visit friends giving everyone a razzing before moving on to the next household. He will be greatly missed.

A celebration of life will be held at the Turvey Centre, 100 Armour Rd Highway 6 N, in Regina, SK on December 28, 2022, at 1:00 p.m.  In lieu of flowers, the family has requested that donations be made in Chet’s memory to the Outdoor Hockey League, Adam Herold Foundation, or the Heart and Stroke Foundation of Canada.  To view the livestream of the service, please click on the link at the top of this obituary.

Share Your Memory of
Chet
Upload Your Memory View All Memories
Be the first to upload a memory!
Share A Memory