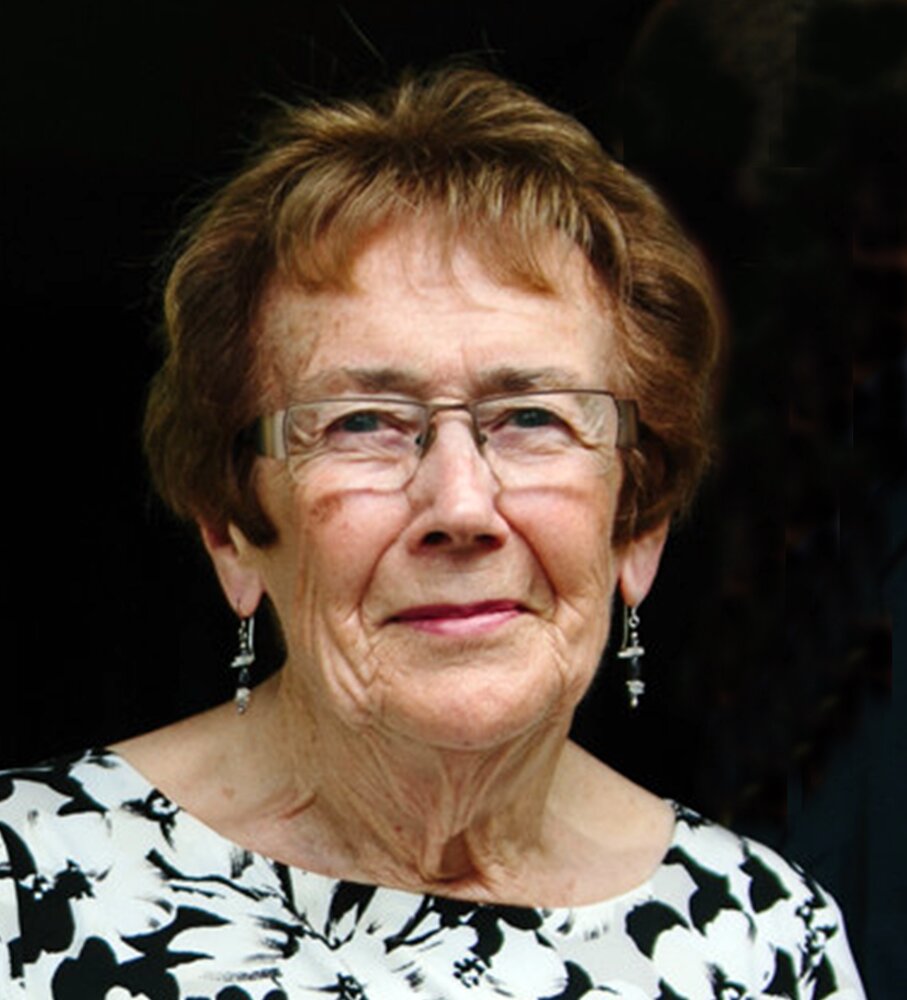 Caroline “Ann” Atkins, late of Regina, SK, passed away peacefully on Friday, December 9, 2022 at the age of 89 years. Born June 8, 1933, on the family farm near Reliance, SK to Frederic “Eric” and Theodosia “May” Penson. Ann married her beloved husband James “Jim” Atkins in October of 1953, who preceded her in death in 2009.

Ann grew up on her family’s farm, where she spent endless hours riding horses across the rolling grasslands with her dearest friend Lynn Smith. Ann attended QDS/St. Chads School (Regina) where she thrived in the camaraderie of an all-girls school. She would eventually understand the possibilities in life if one followed their heart. Ann initially trained as a dietitian but later decided upon business school and eventually landed a job in the record department at Heinzman and Company. It was where she would meet the love of her life, Jim Atkins. For the next 56 years, they would be a team in life and work, raising a family and eventually co-owning Regina Piano and Organ Centre for over 25 years. They traveled across North America and Europe together, but it was in retirement researching family history that travel once again became a passion and London was an easy destination to return again and again to further their genealogical research.

Ann is survived by her daughter, Lynn (Gerald) McMaster of Chelsea, Quebec; son Tom (Joanne) Atkins; grandchildren, Meryl McMaster (Ian Clark) of Chelsea, Quebec, Spencer and Eric Atkins; her great-granddaughter Freya Clark; as well as nieces and nephews, all of whom she loved and touched deeply. Ann will be sorely missed by all she leaves behind.