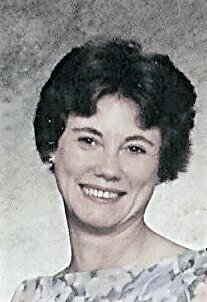 Regina Service: Please click here to view the Livestream of the Service

Surrey Service: Please click here to view the livestream of the Service

It is with profound sadness that we announce the passing of Jessie Helen Ellis (Langshaw) nee McCutcheon, our beloved Mother, Grandmother and Great Grandmother on December 16, 2022 in Regina. Jessie was predeceased by her parents William McCutcheon and Helena (nee Ashby) McCutcheon.

Jessie will be greatly missed by her son, Nicholas (Mary Ann) Langshaw, grandchildren Alexandra (Sherman) Martinson and Jonathan (Courtney) Slopek and great-grandchildren Ella Martinson and Kenzie Slopek. Also mourning Jessie’s passing is her brother Graham (Annette) McCutcheon, two nieces and a nephew along with their families in Western Australia.

Born on July 21, 1933, in Perth, Western Australia, Jessie was nine weeks old when the family sailed for Scotland. In 1948, her mother Helena, Jessie and Graham returned to Western Australia to take up permanent residency.

In July 1955, Jessie married Ronald Harry Langshaw who was later ordained as an Anglican Priest. In 1961 they adopted Nicholas Martin Langshaw and after raising their son for several years, in addition to supporting parish operations, Jessie began working outside the home in a variety of administrative roles until Ron’s passing in 1976.

Jessie met her future husband, Donald Ellis, while travelling extensively in Europe. Jessie and Don were married in Western Australia on July 12, 1980 and shortly afterward, Jessie and her son Nick joined Don in Canada settling in Southern Saskatchewan.

Two years later, Jessie convocated with a Bachelor of Education (distinction) from the University of Regina.  She then taught in rural Saskatchewan for several years and in 1984 they moved to British Columbia. Don passed in 2014, and Jessie remained in Vancouver until she suffered a stroke in 2020, then she moved to Regina to be closer to her son Nick and his family.

The family extends their appreciation to the staff at Wintergreene Estates and College Park 1 for their kindness while Jessie was living in supported care. Heartfelt thanks are also extended to the incredibly caring and compassionate medical team in Unit 3A, Palliative Care, at the Pasqua Hospital for making Jessie’s final days as comfortable as possible.

A funeral service, which will be live streamed, will be held at St. Paul’s Anglican Cathedral, 1861 McIntyre Street in Regina, Saskatchewan on January 7 at 1:00 pm Central Standard Time. A memorial service will also be held at Jessie’s former parish, St. Michael’s Anglican Church, 12996 60th Avenue, Surrey, British Columbia on January 21 at 1:00 p.m. To view this service via livestream, please visit the following link: https://us06web.zoom.us/j/83651031843 Meeting ID: 836 5103 1843. Private interment will take place at Limerick Cemetery, Limerick, SK, in the spring.

Donations in memory of Jessie Ellis’s life may be made to Hospitals of Regina Foundation, in support of Palliative Care, 225-1874 Scarth Street Regina, SK. S4P 4B3 or online at www.hrf.sk.ca. In lieu of flowers, donations in Jessie’s name may also be made to the Primate’s World Relief and Development Fund at www.pwrdf.org