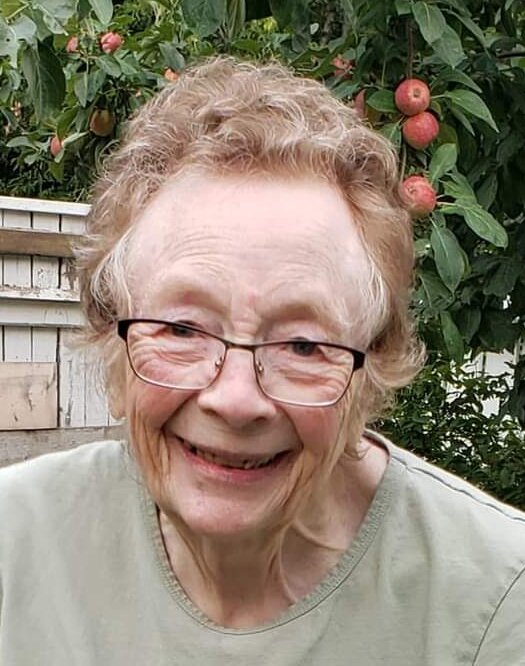 To view a livestream of the service please click here

Margaret was born in Nantyglo in her maternal grandmother’s house, and grew up in Ebbw Vale, Wales.  As a young woman she moved to London England to seek employment and it was there she met Ian.  After a short courtship, Ian asked Margaret if she wanted to join him in returning to Saskatchewan.  Always up for an adventure, she agreed. Six weeks after their wedding they boarded a boat to Canada with only one suitcase and one travel trunk between them.   Margaret became a proficient homemaker who regularly babysat for her Regina friends and family.  Once her immediate family was grown, she worked at The Tasty Freeze on 13th Ave and then the St.John’s Restaurant in Eaton’s at the Cornwall Centre until her retirement.  Margaret was an active member of the St. Paul’s congregation, serving on both vestry, catering committee, and the alter guild, the St. David’s Welsh Society and as an honorary member of the War Brides Association. She had a beautiful singing voice, and was known for her kind, fun loving nature and of course, her Welsh Cakes. Her hobbies included gardening, fine embroidery, quilting by hand, knitting and collecting treasures.  All were welcome at Margaret’s table, and she always had time for a cwtsh (Welsh for cuddle), a walk around a garage sale, or a coffee at Robin’s with her church friends after the 9:00 service. Margaret was a 22-year cancer survivor.  Her last five year have been marked with a slow deterioration from Parkinson’s and Alzheimer’s.  True to their vows of 57 years, Ian cared for Margaret in sickness and in health.

A Celebration of Life will take place at St. Paul’s Anglican Cathedral, 1861 McIntyre Street, Regina, SK on Saturday, January 14, 2023, at 2:00 pm with officiate Dean Mike Sinclair.   Interment will be held at a later date. Family and friends so wishing may make donations, to a charity of your choice. To leave an online message of condolence, please visit www.speerfuneralchapel.com

Information for the Live stream of the service can be found by emailing office@stpaulsregina.ca