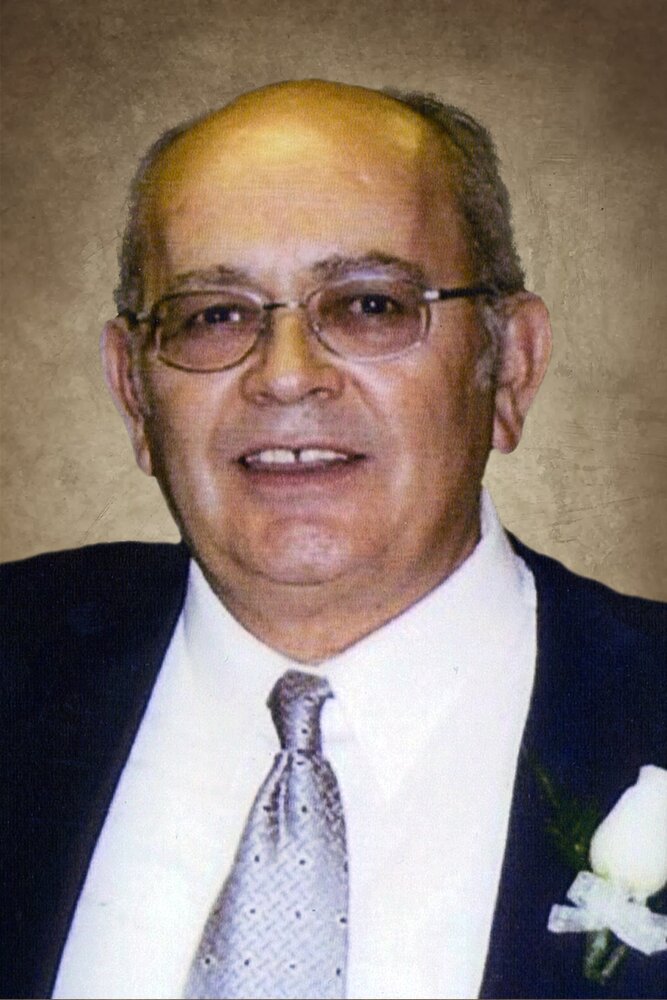 It is with a heavy heart we announce the sudden passing of Chris Vlahos, January 3, 2023.   Chris passed away peacefully at the Pasqua Hospital, surrounded by his loving wife of 50 years and 3 children. Chris was born January 20, 1947, in Limnes, Argolida, Greece.  He is predeceased by his parents Demetrious and Georgia Vlahos; brothers Alexandros, Anastasios, and Spiros (Zoe); and brother-in-law Spiros.  He is survived by his loving wife, Dina Vlahos; children Demetry (Viktoriya), Georgia (Spiro) and Melina (Scott); Grandchildren Despina, Demetry, Christopher and Matthew. He is also survived by his sister in Greece, Katina, sisters-in-law Panagoula and Evangelia, as well as numerous nephews and nieces. The youngest of five siblings, born of humble beginnings farming tobacco.  At the age of 14, he moved to Argos, to apprentice as a fine furniture maker. He opened his cabinetry business in Argos and shortly thereafter met his wife Dina. In 1973, Chris and Dina made the decision to move to Canada, in search of new opportunity and start a family. They settled in the small town of Raymore, SK, where they owned the Shell Restaurant and gas station.  He loved the town and the people of Raymore. Whether supporting the Raymore Rockets, or jumping on a combine at harvest, Chris was present and active in all aspects of the community.  In those 10 years in Raymore, they were blessed with their three children. In 1983, Chris and his family decided to move to Regina so they could be closer to the Greek Church and community. Chris remained in the restaurant business with various partners and ventures throughout the years. As his children grew up and moved out of Saskatchewan, Chris and Dina followed to Alberta to be near their children. In their 15 years in Calgary, they were active members of the Greek community, made lifelong friendships, and opened the Parthenon Restaurant, one of the first authentic Greek cuisine establishments in Calgary. In 2014 they decided to retire to Saskatchewan after many years in the restaurant business; Saskatchewan was always home.  Chris was a social man, who loved hunting with his buddies, a good night of cards and sharing stories over a cup of coffee. He was a giving and kind-hearted man, often adventurous and young at heart; never turning his back on a challenge or a friend in need.  Chris had a full and happy life and was happiest when his immediate family was all together. Throughout the years and in his final days, he spoke of how proud he was of the life he and Dina had built together.  His wife, three children, their partners and his grandchildren were his pride and joy.  He closed his eyes peacefully surrounded by the love of his family. A Prayer Service will be held at St. Paul’s Greek Orthodox Church, 3000 Argyle Road, Regina, SK, on Sunday, January 8, 2023, at 7:00 PM. A Funeral Service will take place at St. Paul’s Greek Orthodox Church, on Monday, January 9, 2023, at 10:00 AM, with interment to follow at Regina Memorial Gardens, 4001 Victoria Avenue East, Regina, SK. In lieu of flowers, donations in Chris’s memory can be made to St. Paul’s Greek Orthodox Church or The Canadian Cancer Society, 1910 McIntyre Street, Regina, SK, S4P 2R3.

Share Your Memory of
Chris
Upload Your Memory View All Memories
Be the first to upload a memory!
Share A Memory