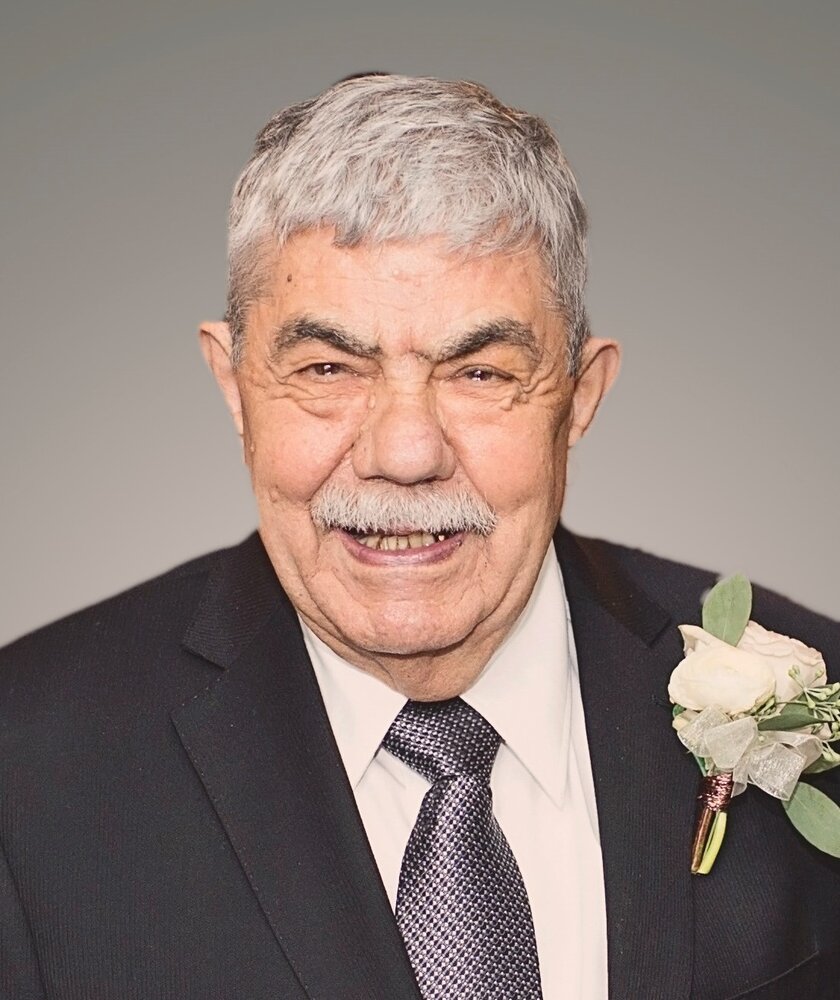 Please click here to view a livestream of the service

With heavy hearts, we announce the sudden passing of Spiros Giannoutsos on Sunday, January 22, 2023, surrounded by his loving family.

Son of Konstantinos Giannoutsos and Margarita (née Trilivas), Spiros was born on the beautiful island of Kastos, Ithaki (presently Lefkada), Greece, on August 17, 1935. He started off as a poor young fisherman. On one of his daily fishing trips, Spiros had a chance encounter with Aristotle Onassis who was sailing the Ionian Sea aboard his yacht, “Christina.” Onassis stopped in to ask how Spiros’ luck was that day. This initial encounter proved fruitful to Spiros’ future working relationship with Onassis.

After Spiros fulfilled his commitment to the army, he embarked on a career as a merchant marine crew member on the Onassis fleet. During this time, Spiros experienced many stops around the world, including ports in Spain, Japan, Egypt, North, Central and South America, just to mention a few.

On July 24, 1966, Spiros embraced his next adventure. He sailed aboard the Anna Maria and landed at Pier 21 in Halifax, Nova Scotia. Like many of the Greek immigrants before him, he arrived with new hopes and few possessions. From there, Spiros made his way westward to Alberta and worked as a labourer at an aluminum plant and then at the Athabasca Hotel in Jasper.

But Jasper could not contain his adventurous spirit, and Spiros soon moved again. As one of the first pizza pioneers in Regina, SK.  Spiros, along with his business partners, opened up Boston Pizza on 11th Avenue. It was one of the popular Greek hangouts at the time. It was here that Spiros serendipitously met his future wife, Anna Cabylis. Soon after this encounter, they were engaged and then married on February 15, 1970. When asked by his children why an intrepid world traveler would wind up in Regina, Spiros was quick to answer, “I came to find your mother.”

Spiros’ next stop landed him in Moose Jaw, SK, where he opened up Rodos Pizza with his brother George. His entrepreneurial zest took him to Port Credit, Ontario, to run another successful pizza restaurant. After 10 years, Spiros found his way back to Saskatchewan where he owned and operated several restaurants throughout the province, before finally retiring at the age of 72.

Spiros was a man of many skills and qualities. First and foremost, he was an honest family man. He wholeheartedly loved his wife of 53 years Anna. He was the father to Konstantine “Gus” (Christina), Margarita (Jeff Kearns) and Aikaterine “Kathy,” as well as a loving “Pappou” to Spiro, Demetri, Avianna and Matthaios. Pappou was known for having the softest hands and the kindest heart, forever fulfilling his grandchildren’s every wish, from soccer balls to dolls and endless amounts of candy and ice-cream.

Spiros’ soft-natured demeanour epitomized his modest quality. He was a calm and patient man who seldomly spoke of his successes, choosing rather to share a story, or joke over a glass of his homemade wine. Spiros was a man of few words, but he spoke with purpose. He offered his family and friends support, love and sound advice, usually started by him saying, “Let me tell it to you something…” Spiros’ life was a balance of laughter and hard work, all the while celebrating life with family and friends. His passion for winemaking, music and dance resulted in him always first in line to dance his favourite “Tsamiko” at many impromptu parties.

And so, let me tell it to you something - Spiros will forever be missed and always remembered for his gentle nature, wit, smile and laughter.

Share Your Memory of
Spiros
Upload Your Memory View All Memories
Be the first to upload a memory!
Share A Memory