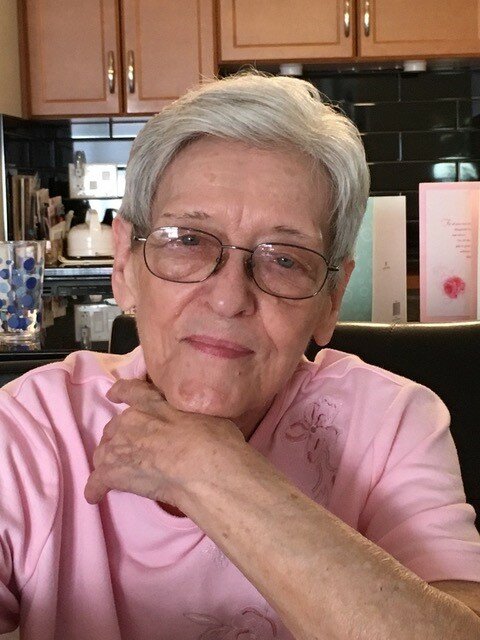 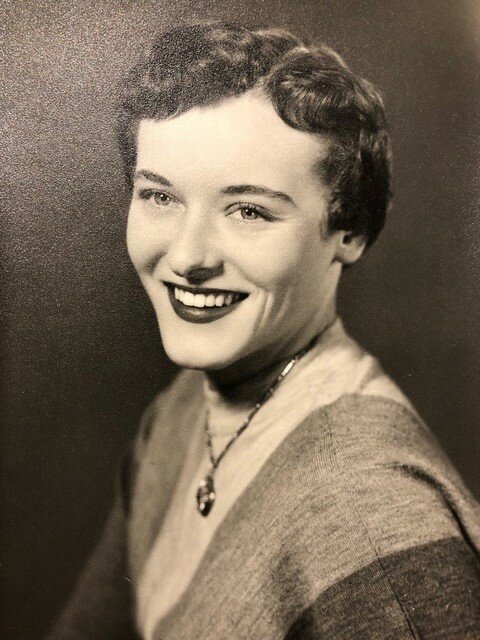 With great sadness, love, and respect for a well-lived life, we announce the passing of Peggy at the Misericordia Hospital in Edmonton on Saturday, January 21, 2023 at the age of 90 years.

Peggy was born a twin on the farm in Lancer, Saskatchewan, on March 28,1932 where the family lived until her Dad joined the army in 1939. In 1941, her Mom Mabel and the kids left the farm and moved to Swift Current. Peggy was always her Mom’s help with the other four kids on the farm and in town. After graduating from high school, Peggy joined her twin sister Betty in Regina and worked initially in retail and then for the City of Regina. On her time off, she loved going to the Trianon to dance. There, one night, she met her lifelong dance partner and beloved husband Steve. Peggy and Steve were married in Regina on June 12,1955 and lived a wonderful life there together for more than 60 years.

As a dedicated wife, mother, and family member, she worked hard to keep a beautiful home and welcomed many with warm hospitality. Their home in Regina was a frequent oasis, often on short notice, for family, friends, friends of their sons, neighbours, nieces, and nephews. She was a wonderful and generous cook and the coffee pot was always on. No one ever left Peggy’s home without a meal.

She supported her community as a volunteer for Regina’s Mosaic, and the Romanian Club in Regina, cooking beside many including Steve’s sister Mary Gettle and sharing the culture with her own family. Her love for children was obvious as she volunteered in the school system for developmentally delayed children. Peggy was passionate about travel and the family travelled extensively in the US and Canada. She travelled to Expo 86 with the Romanian dance group. Summers often included trips to the beach with the kids and cousins as well as several trips to visit family in Minnesota and the Maritimes.

Peggy and Steve were life-long Saskatchewan Rough Rider fans. They had season tickets and attended home games and Grey Cup celebrations for years. While Steve did the Rider stats, Peggy enjoyed the games with her best friend and sister-in-law Lana Forbes. Their home was filled with Rider memorabilia, and they hosted family members who travelled to Regina for Grey Cup celebrations. In addition, the house was often filled with music, especially her favourite performer - Fats Domino.

They downsized to a condo on Windsor Park Road in 2014 and enjoyed their new community and neighbours. Peggy lived there until 2021 when she moved to Rutherford House in Edmonton. Peggy was able to see her son Jim nearly daily for the last year of her life. The family thanks the staff of Rutherford House for the care, kindness and respect provided to Peggy during her year there. Peggy spent her last month in the Misericordia Hospital. The family also wishes to thank the many professionals that participated in compassionate care during such a difficult time.

Those close to Peggy will remember a well-loved life, family gatherings, warm hospitality, so much to eat, heartwarming laughter, talks long into the night, lessons on political history, straight forward communication, and an honest approach to life. She is missed by many but has left a lasting impact on many as well.

In lieu of flowers please donate in Peggy’s name to your local foodbank. Peggy would never want anyone to go hungry.