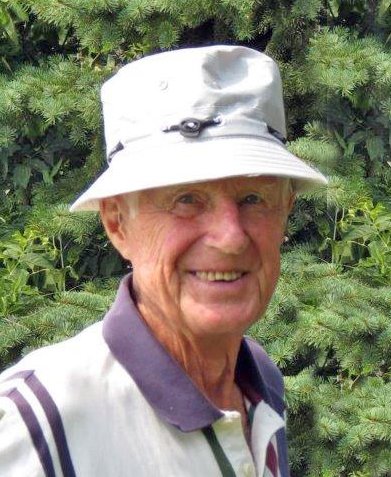 Peter left us after a brief struggle with cancer.  As he said, “I’ve had a good run”.  Peter is survived by his wife of 62 years, Renee; his daughters Shelley (Rick August) and Sandra (Mike Lebacq); grandchildren Leighah (Michel), Sean, Joshuah, Adam (Courtney), Kevin and Sarah; great-grandchildren Thomas, Kayleigh and Karyssa; and brother Stanley (Ann).  Peter leaves a legacy for Saskatchewan people built out of his love for Canada, Saskatchewan and Mother Nature.  In the late 1950s and 1960s, he helped map many of the canoe trips which are enjoyed by thousands every year in northern Saskatchewan and, in the 1970s, he launched Churchill River Canoe Outfitters in Missinnipe.  Peter was an avid cross country skier and contributed hours of his time ensuring White Butte and Douglas Park could be enjoyed by all.  Until recently, he enjoyed a game of tennis and could often be seen playing or helping out at the Lakeshore Tennis Club.  Peter came to Canada from England in 1953 and never looked back.  A proud Canadian, he was Chief Voyageur for the Saskatchewan Centennial canoe team in 1967 paddling from Rocky Mountain House, BC to Expo ’67 in Montreal, QC.  Many reunions have been held since with Peter remembering and telling memorable stories of that trip and many others he and Renee shared over the years.  As a boy scout, Peter was taught to “leave each place better than you found it” and his life was a testament to that.  He will be missed.  At Peter’s request there will be no funeral.  Flowers and gifts are gratefully declined.