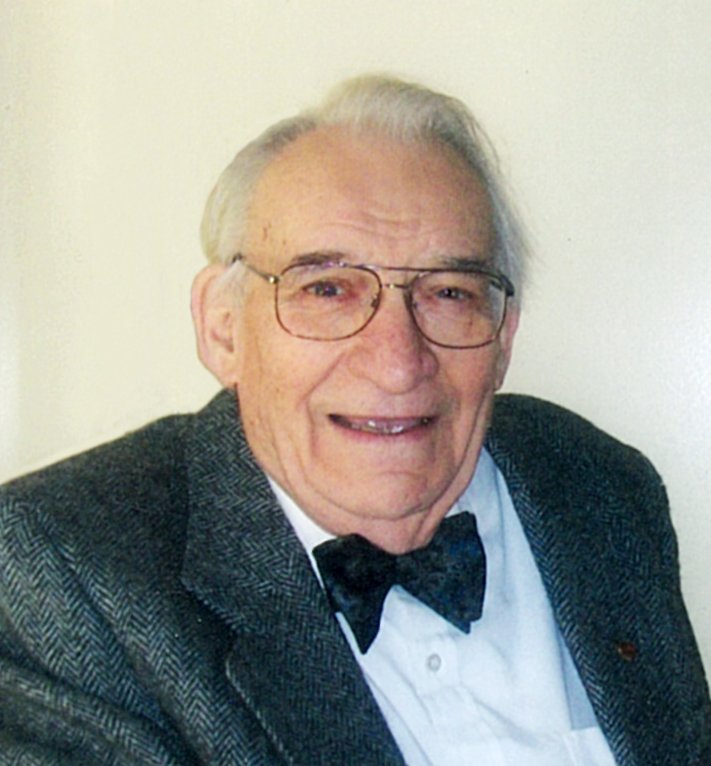 Jack Boan died in the early morning of Wednesday, October 31, 2018 at the age of 100+ years in Regina, SK. He is survived by his brother Bruce Boan (Peggy) of Mill Bay, BC; sister Zaida Gilchrist of Cowichan Bay BC; his children Jarol, David (Lis), and Derek (Dan); his grandchildren Dorothy Tanyss Knowles (Noah), Kailey Boan, Brynn Boan, Keara Boan, David Boan, Arthur Boan, William Boan; and many cousins, nephews and nieces. Jack found strength in family ties, and he was considered the patriarch of the extended Boan Clan.

Jack came from hardy homesteading roots – his mother (Dorothy nee Holtby) was the daughter of Barr colonists and his father (Alexander McAlpine Boan) was born on Nicolle Ranch near Moose Jaw in 1887. Jack was born in a farm house near Roseville, SK. Jack’s early years are described in his autobiography “Spaces to Fill and a Century To Do It” (Benchmark Press 2017).  Having survived the Great Depression, he served in the RCAF from 1940-1945 attaining the rank of Sergeant and training wireless operators in Morse Code. Upon discharge he was awarded the Canadian Volunteer Services Medal.  Following his military service, he attended the University of Saskatchewan graduating with a Bachelor of Arts with Honours in 1949. While attending university in Saskatoon, he met Jean (nee Campbell) and they were married on Dec 21, 1949.  He received a full scholarship to attend Ohio State University and graduated in 1953 with a PhD in Agricultural Economics.

Upon his return to Canada, Jack worked for the Prairie Farm Rehabilitation Administration (PFRA), the Defence Research Board, and the Department of Northern Affairs and Natural Resources in Ottawa. One of his major contributions to the Canadian community was his involvement in the Royal Commission on Health Services (Hall Commission) in 1962-64, which recommended the implementation of Medicare for all Canadians. His interest in health care economics forged a new network of health economists across the country that became known as the Canadian Health Economics Research Association (CHERA). This organization became the Canadian Association for Health Services and Policy Research (CAHSPR) and he continued to attend the annual conference until 2015.

In 1962, he returned to his roots from Ottawa and joined the fledgling University of Regina with an office at the College Avenue campus. When the new campus opened in 1964, he led the pursuit of teaching, academic freedom and community based learning. For over 60 years, as Professor of Economics and Professor Emeritus, he taught and influenced thousands of students. He taught his last class when he was 80 years old. Well-known as an advocate for refugee students, he helped develop the U of R group for refugees. Through this involvement, he was awarded the Global Citizen Award in 2017 from the Saskatchewan Council for International Cooperation.

In addition to his involvement at the University of Regina, he was very involved in the community including but not inclusive: the United Way, PLURA, John Howard Society, URAAPA, Regina Early Learning Center, Saskatchewan Rate Review Panel, the Century Club, The Regina Philharmonic Chorus, and the Barbershop Harmony Society. Through his involvement in the community, he has touched thousands of lives. He was a member of both First Presbyterian Church and Wesley United Church.

He will be remembered for his great sense of humour, his booming voice and his infectious loud laughter. When he saw an opportunity to influence the lives of others, he walked through an open door and used his prairie grit to make a difference. Jack loved life and all the joys that came with it. If adversity arose, Jack would facilitate a peaceful outcome. It is without question that Jack helped facilitate a better world one day and one event at a time. The family would like to thank the caring staff at Pasqua Hospital Transfusion Unit, the dedicated staff at Harbour Landing Village, and the many loyal (younger) friends.

Share Your Memory of
John "Jack"
Upload Your Memory View All Memories
Be the first to upload a memory!