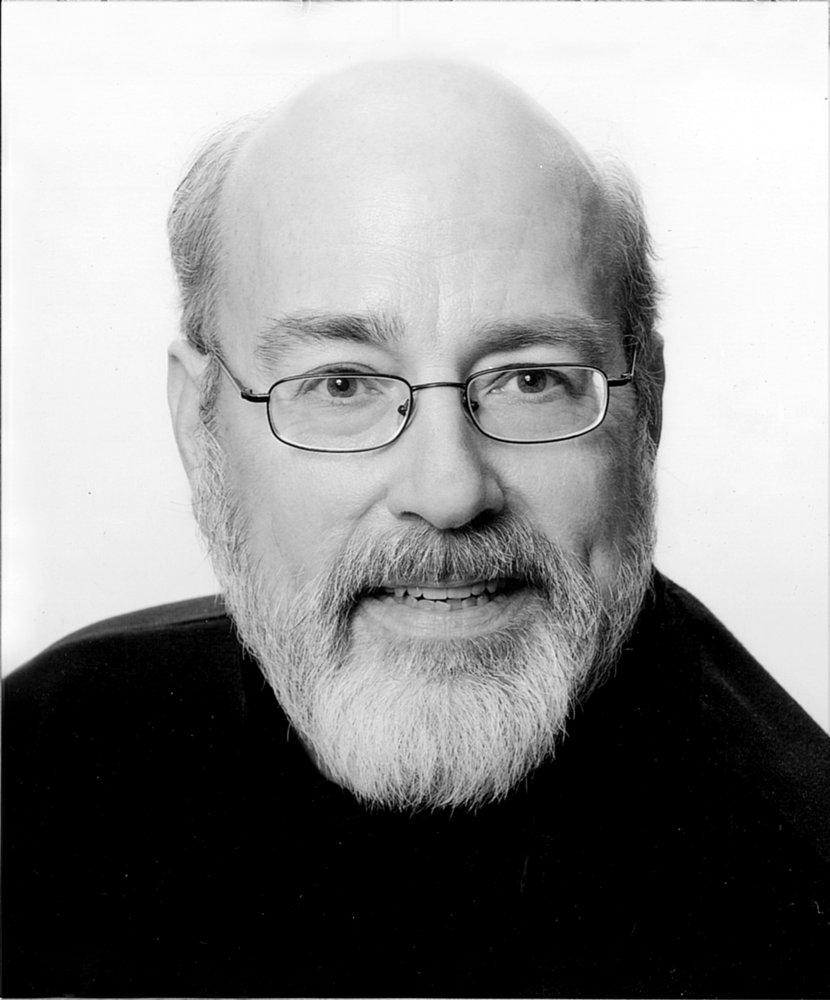 John Haas, age 73, died January 1, 2019 as a result of complications from appendicitis. The Rev. Carolyn McBean, to whom he was married almost 30 years, was at his side.

Born in Omaha, Nebraska, John’s early years were spent in Lincoln, NB and Minneapolis, MN. After his B.A. from U. of Minn., he served 2 years in the U.S. Army (1st Lieutenant at discharge); then, his calling led him to Chicago and joint degrees from McCormick Theological Seminary [M. Div.] and Rosary College [M.A.in Library Science]. Ordained in 1973 by the United Presbyterian Church in the U.S.A., he was called to the staff of Christ Presbyterian in Edina, MN. In 1980, he accepted a call to the Crosby Ecumenical Parish in Crosby, ND, serving the (by then) Presbyterian Church, USA congregation in town and two rural Lutheran congregations (ELCA). In Crosby, his gifts of acting and singing helped bring to life ‘Tevye’ (Fiddler on the Roof) and ‘King Arthur’ (Camelot). Crosby merchants also cast him as the jolly man in a red suit and white beard!

He met Carolyn McBean in September 1987 at a church service in Bienfait, SK. A cross-border romance followed. They were married on January 7, 1989; and, by July, moved to Gray, SK, where John served the Riceton Pastoral Charge half-time for 2 years (while Carolyn commuted to Whitmore Park United in Regina); then, to St. Stephen’s Presbyterian (Regina, 3 years); and, after John’s admission to United Church ministry, in 1994, to Wesley United (Regina: 16 years until his 2010 retirement). As well as pastoral ministry, he served the wider Church in many roles over 27 years, locally and nationally, including Conference President; and, 16 years as Presbytery Secretary. In 1999, he was proud to receive his Canadian citizenship. In 2010, St. Andrew’s College, Saskatoon, awarded him the degree Doctor of Divinity honoris causa.

John’s love of theatre continued in Regina: over 20 years acting in Regina Little Theatre; 24 years as a patron of Globe Theatre; and, ongoing support of young artists. John enjoyed bridge and crossword puzzles, Broadway musicals, traveling and reading, but his love shared with Carolyn topped the list.

A Memorial Service will be held at Wesley United Church, 3913 Hillsdale St., Regina, SK, on Monday, Feb. 4, 2019 at 2:00 p.m. Memorial donations, for those so wishing, are invited to: ‘The Mission and Service Fund’ of The United Church of Canada. A public graveside service is planned in late spring at the Bear Creek Cemetery (near Brigden, ON).

Share Your Memory of
John
Upload Your Memory View All Memories
Be the first to upload a memory!