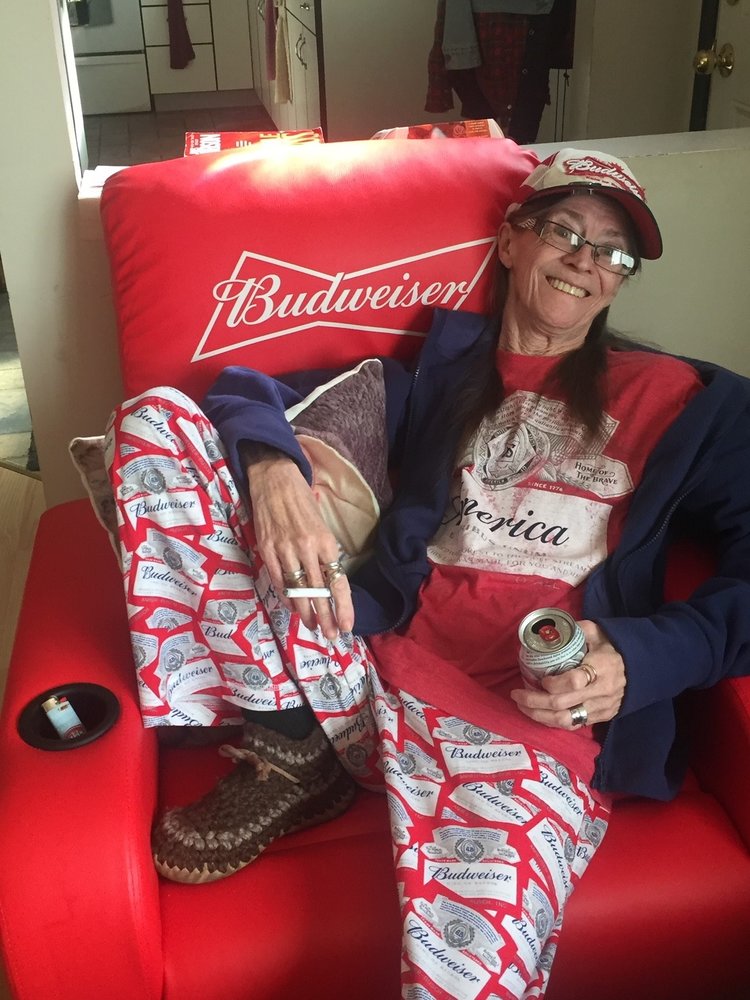 It is with heavy hearts and extreme sadness that we announce the passing of Melveen on Wednesday, September 4, 2019. She was a loving mother, grandmother, sister, and AUNTY MEL to all that knew and loved her. Mel a.k.a. “Aunty Mel” is survived by her two sons, Rory (Dedra) Badley and daughters Allison (Paul), Logan, and Rhegan; and Michael (Tawmy) Fossen; grandsons Taylor Kolish and Grey Fossen; sister Joy (Terry) McLean; nephew Greg (Connie) McLean; niece Terra McLean; cousins, Charlotte (Cecil) Hall and family, Kelly (Leslie) Badley and family, Mark (Karen) Badley and family, Byron (Marianne) Badley and family, and Marie Sime and family; great-nephews, Jesse (Aleah) Smith and Kalin McLean; great-great-niece Lillie McLean; her Soul Sisters, Shannon (Jim) and Dawna (Rob) and their families;  many second and third cousins and “adopted” family, Chelsea and Patrick; life-long friends, Valerie and Deanna and families; many, many, many friends and special family friend Elmer Geisthardt.

Mel was born in Regina and lived her entire life in the R.M. of Pense. She worked at IBM, which was later bought out by ISM in computer data. Mel also was contracted out to SaskPower to assist in many of their ongoing projects. While at SaskPower, Mel participated and was recognized for her hard work with United Way. She also worked briefly in 1975 in Calgary, AB working in computer data entry. In June of 2005, Mel retired.

Mel was the official greeter at Pense Sodbusters, Orange Moon, and most recently the Meat Up. She adored people and welcomed everyone to the Pense community. Mel had a heart of gold and her door was always open, except on Sunday mornings when Coronation Street was on! She was a huge supporter of the Pense community, always buying tickets to every event and Girl Guide cookies, she never ate. Mel was given a Pense Flyers jacket with No. 1 on it, as she was their No. 1 fan. She was also the Pense Sled Runners “Sled Queen” and she never owned a sled!

They broke the mold when they made Mel. Her favourite past time was watching sports. Montreal fan through and through in both CFL and NHL. Mel was always given an extremely hard time when the Roughriders were her opponent. She also enjoyed being curled up on her couch watching curling.

There will be a small graveside service for family and close friends at Riverside Memorial Park, 815 Assiniboine Avenue East, Regina, SK on Friday, September 20, 2019 at 3:00 p.m. followed by a Celebration of Life at the Pense Town Hall, 300 Brunswick Street, Pense, SK that evening at 7:00 p.m.

Share Your Memory of
Mel
Upload Your Memory View All Memories
Be the first to upload a memory!