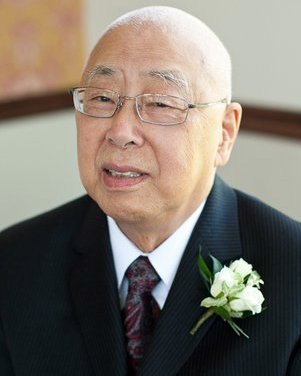 Yee David Bing-Wo passed away peacefully on Friday, September 6, 2019 at the age of 89 years, joining his beloved wife, Mary.  He was predeceased also by his brothers, Reg and Winston; his sister, Isabel; and grandbabies, Steven and Thomas.  David will be greatly missed by his brother, Norman; sister, Betty; children, Ron (Karen), Gordon (Juliane), Richard (Fennie), and Carla (Scott); grandchildren, Alison, Cynthia, William, and Alex; and numerous nieces and nephews. David was born in Shaunavon and grew up in Regina.  He graduated from the University of North Dakota with a civil engineering degree.  David began his career in Alaska and went on to spend 34 years with the Saskatchewan Department of Highways.  During his career with the province, David was well respected not only for his management style, but also for his skills with the barbeque by cooking for the annual retreat.  He later went on to work in property management with Mary. David was an enthusiastic curler and one of the original founding donors of the Tartan Curling Club.  Throughout the years, he and Mary played in many bonspiels together.  He was a member of Wesley United Church and served many years as an usher. With Mary, he volunteered to deliver for Meals on Wheels and other non-profits and charities.  David was an avid fan of the Saskatchewan Roughriders and Regina Rams.  He enjoyed fishing and hunting geese. Special thanks to the excellent staff at the Regina Wascana Grace Hospice and the Allan Blair Cancer Clinic. Funeral Service will be held at Speers Funeral Chapel, 2136 College Avenue, Regina, SK on Wednesday, September 11, 2019 at 10:00 a.m. In lieu of flowers, donations may be made in David’s name to Canadian Cancer Society, National Office 55th Street Clair Avenue West, Suite 500 Toronto, ON M4V 2Y7 or Allan Blair Cancer Clinic, 4101 Dewdney Avenue, Regina, SK S4T 7T1