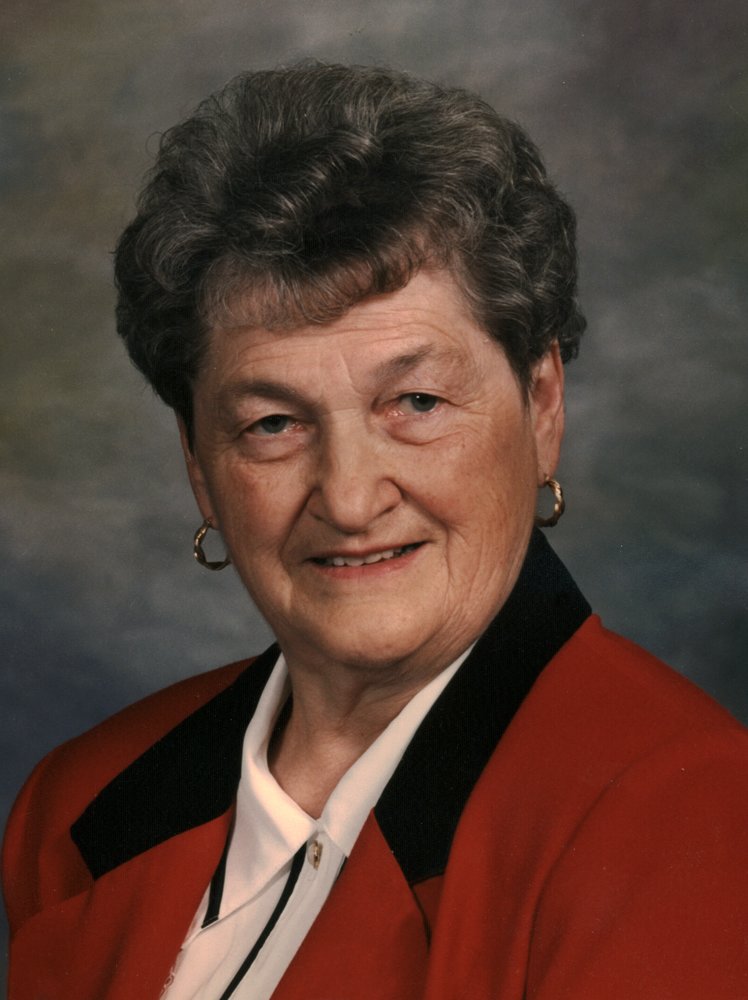 Olga Shalley left this earth peacefully in palliative care at the Pasqua Hospital in Regina on Monday, September 9, 2019. She was born in Ituna, Saskatchewan on April 16, 1926 to Michael and Annie (Fedyk) Kolenchuk. Olga attended Regina Normal School and taught all grades in several one room schoolhouses in southeastern Saskatchewan. On November 6, 1949, she married Myron Shalley, and they made their home in the communities of Hubbard, Foam Lake, Viscount and eventually St. Brieux where they lived for 12 years. In St. Brieux, Olga raised three children with her husband, joined the Catholic Ladies League, the local bridge club and taught elementary school. Later, she moved to Rosthern with her husband, where they lived for 21 years as she taught elementary school, joined the IODE, preserved the produce from a huge garden, created beautiful quilts, made glazed ceramic art, and helped Myron in his Marshall Wells entrepreneurial venture. Olga was devoted to her students and her greatest thrill was leading her classes to win the unit choral speaking events. She amazed those around her with her persistence, sense of humour, vitality, and energy. Three years after Myron’s untimely passing in 1986, she moved to Saskatoon and bought a condo in Brandtwood Estates, where she lived for 28 years. Olga was known as an exceptional Ukrainian cook and baker. She also took extension classes in painting and writing at the U of S. Olga achieved her Golden Age Life Master status in duplicate bridge, and was a card player to be reckoned with. At this time she travelled the world with friends and wrote about her experiences in her self-published memoirs. Olga’s favourite destination though, was right at home in Saskatchewan at the family’s cherished cabin at East Trout Lake, where she stayed for two months every summer, traveling there by herself until she was well into her eighties. Olga leaves to mourn her passing three children, Myra Froc (Gene), Corinne Shalley (Terrance Straker), and Trevor Shalley (Belinda). A devoted grandmother, she also leaves four grandchildren to mourn her passing, Dr. Kerri Froc (Dr. André Loiselle), Sean Froc, Colleen Shalley (Matthew Boyko) and Erica Shalley; as well as one sister-in-law, Lucille “Lucy” (Dorish) Kolenchuk; and numerous nephews and nieces. Mom, we love you very much! You were the most loving and supportive mother children could have. You taught us the value of family, hard work and overcoming life’s challenges. We will miss you greatly. A Celebration of Life will be held at Speers Family Centre, 2333 Cornwall Street, Regina, SK on Saturday, September 14, 2019 at 2:00 p.m. Olga will be laid to rest alongside her husband Myron in Rosthern. In lieu of flowers, donations to the Alzheimer Society, 301-2550 12th Avenue, Regina, SK S4P 3X1 are greatly appreciated.