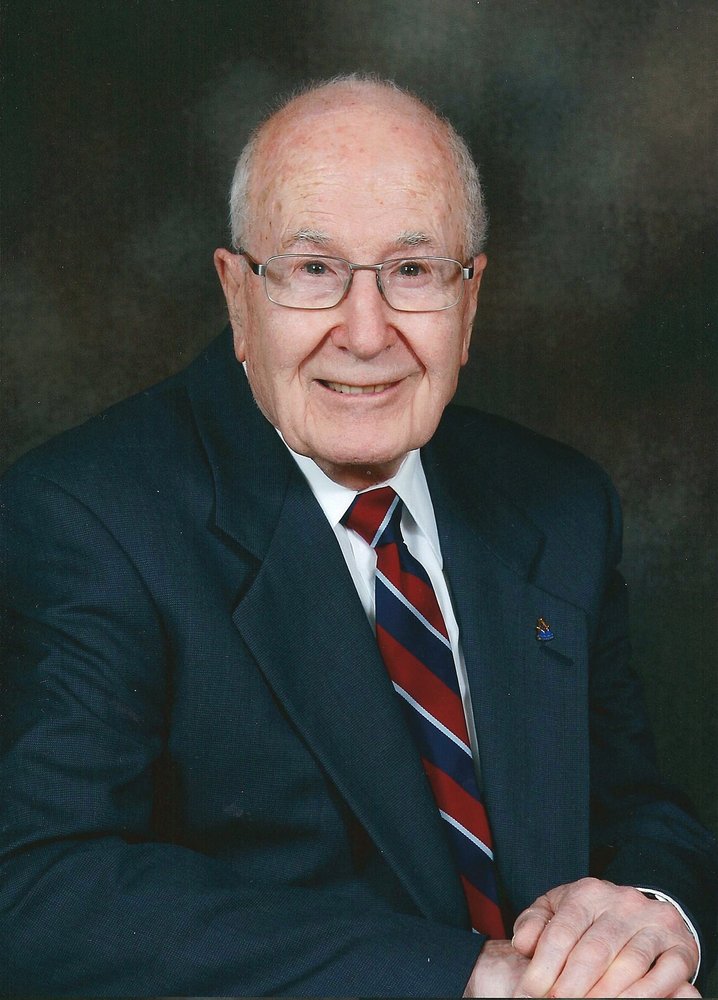 With great sadness, the family announces the passing of Roy Weldon (Weldy) Moffatt on Sunday, October 27, 2019, at the age of 96 years. He was predeceased by his wife, Audrey Moffatt in 1995. Weldy subsequently began a kind and loving 20 year friendship with his partner Alma Korpan, whose family adopted him as their own. He was predeceased by Alma Korpan (2016). Weldy is survived by and will be forever loved and missed by his step-children, Paul (Rhonda) Korpan, Joann (Scott Smith) Korpan-Smith, and James (Heather Evans) Korpan; his step-grandchildren, Greg (Jasmine) Korpan, Roxanne Korpan, Michelle (Noah Wernikowski) Korpan, Jacob Korpan, Tyler Smith (Chrissy Labrash), Jimmy Smith, Jack Smith, and Samuel Korpan; great-step-children Reese and Emmitt Smith, and Lennyn Korpan.

Weldy was born on September 23, 1923, in Regina, Saskatchewan. He completed high school at Balfour Collegiate before volunteering for the Royal Canadian Airforce. Weldy was trained as a wireless radio operator and achieved the rank of flight sergeant. He was assigned to Bomber Command Squadron 427 stationed at Leeming, in Yorkshire England. Weldy served in 1944 and 1945, completing 27 missions over northern Europe against heavily defended Nazi targets. He was presented with the distinguished flying medal and numerous other awards for his service. After the war Weldy returned to Regina and took a book-keeping position with Westinghouse.  After upgrading his education through night classes, he served as production manager for Imperial Oil until they relocated. He completed his career as an accountant with MacCosham Van Lines.

Never one to stand still, Weldy was a keen hobbyist and a generous volunteer. An avid photographer, he served as President of the Regina Photography Guild as well as the Regina Natural History Society. Weldy’s curiosity and capacity for invention made him an early adopter of computers. He was a pioneering expert in the field of information technology.

His retirement years revolved around spending time with his partner Alma and his adopted family, both at their home in Regina and at their cottage at Saskatchewan Beach. They lived independently until 2016, hosting weekly suppers with family every Monday night. They shared many happy adventures, travelling throughout North America and Europe, including to their respective ancestral homes in Scotland and Norway. Weldy loved animals and welcomed the attention of his canine and feline friends: Thora, Kari, Layla, Leo, and Clarence. His priority was his family. He appreciated us. We appreciated him.

Throughout, Weldy was defined by his service to Canada in WWII.  He was a proud member of the Legion and many other veterans’ organizations, educating new generations as to the important history which he experienced firsthand. He travelled with Alma to Europe several times, where he represented Canada at various international memorial ceremonies. The most recent of these trips was in 2015. At the invitation of the Prime Minister of The Netherlands, Weldy joined a group of 58 veterans and travelled with his step-son Paul and Prime Minister Harper to commemorate the 70th anniversary of the liberation of The Netherlands by the Canadian military.

Weldy was a consummate gentleman. He loved a good joke and a good conversation. Weldy was a vibrant member of College Park, which was his and Alma’s home since early 2016. He embraced the community of residents there, enjoying many friends, including Alma’s sister and best friend Phyllis Guttman. Weldy posted daily jokes and lead discussion groups until shortly before his passing.

An engaging character, Weldy will be missed and always loved. He passed away peacefully with family on a quiet Sunday morning. Weldy was supported throughout by the excellent and compassionate care of the staff at College Park, the Palliative Care Unit at the Pasqua Hospital, and in the end at William Booth Grace Hospice.

Share Your Memory of
Roy
Upload Your Memory View All Memories
Be the first to upload a memory!
Share A Memory
Send Flowers