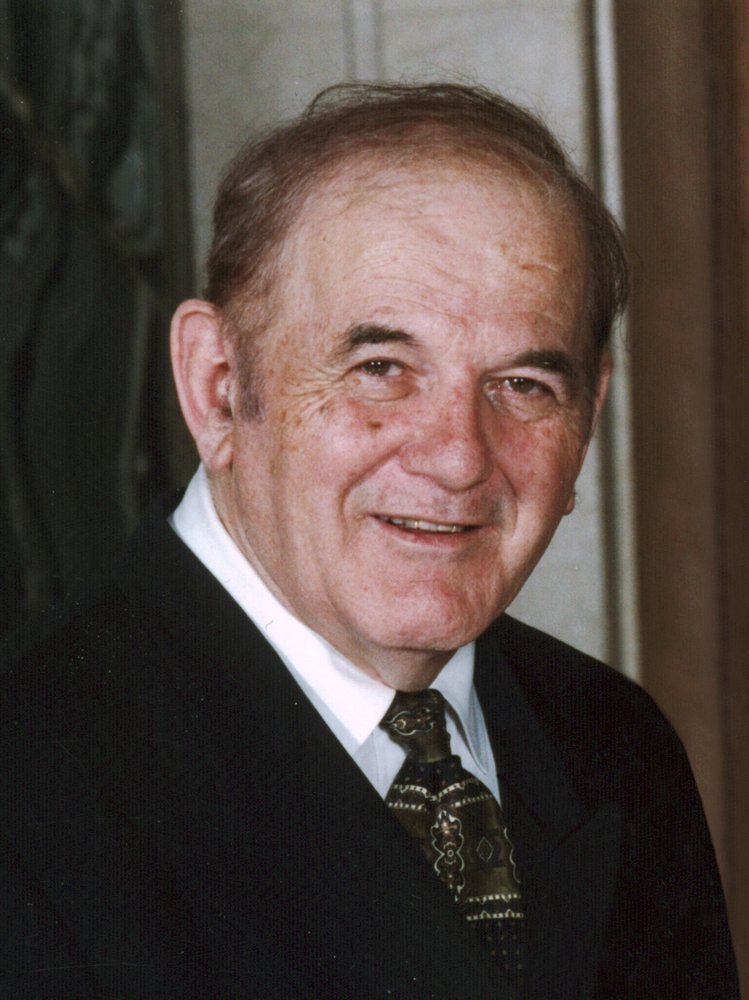 Tom was born on May 2, 1936 in Kastri Kynourias, Arkadias, Greece. At the age of 14, Tom immigrated as a student to Canada travelling by ship from Greece with many of his hometown friends. Upon his arrival into Pier 21 in Halifax, Nova Scotia, he then took the train to Calgary, Alberta where he was met by his sponsor (Antonios Houyiazos) and learned the English language by attending regular classes. He then gained experience in various kitchens, working his way up to hotel chef in the Rocky Mountain area, specifically in Banff, Jasper, and Lake Louise.

Tom also was a camp cook during the construction of the Alaska Highway. During the filming of “The River of No Return,” and while working at Papa George’s in Jasper, he had the privilege of meeting Marilyn Monroe and Robert Mitchum. His love of music would find him attending concerts such as: The Beatles, Elvis Presley, Dean Martin and Jerry Lewis. He was also scouted to become a formal ballroom dance instructor and would later enjoy waltzing with his beloved wife and jiving with his daughter.

Tom moved to Saskatchewan during the winter of 1961 to marry his one and only Dina where they began their new life together. He would often say, “The best thing that ever happened to me was my wife Dina.” Tom first and foremost was a family man. He was a dedicated husband,  father and grandfather. Time with his family was well spent making memories. Fondly remembered for planning and taking family vacations, sharing in his love of travel through the Rockies and back home to Greece.

In the years that followed, some of his noted entrepreneurial endeavors included running and operating the Bel-Air Esso Station in Moose Jaw, SK with his two brothers, George and John, JV Restaurant in Davidson, SK, Frank’s Café in Regina, as well as the Paddock/Red Ox ( from 1995) in Regina. In addition, he had partnered in the Venice House Steakhouse, Ciros Restaurant and Lounge, and the Four Seasons Palace (during its earlier years). Prior to his retirement, Tom enjoyed running the restaurant Harvest Inn in Canora, SK with his wife and son Konstantino, where together they always welcomed patrons and friends with a heartfelt smile, home cooking, and delicious pastries and pies. He was a man devout in his Greek Orthodox Faith and a dedicated member of St. Paul’s Greek Orthodox Parish Community. Tom will be dearly remembered for his smile, laugh and sense of humor, love of life, and his caring heart. We would like to extend our sincere gratitude to Rev. Father Spyridon Vandoros for his spiritual guidance and support and the Emergency Staff at the Regina General Hospital.