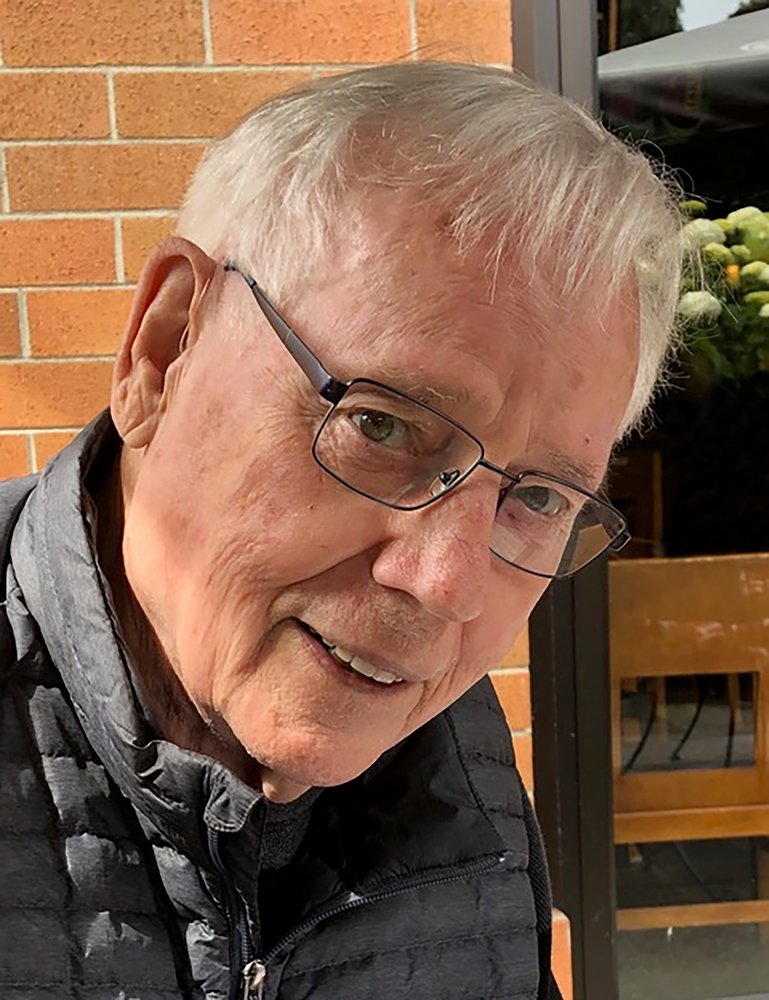 It is with heartfelt sadness we announce the passing of Jim Van Alstine at the age of 83 in Victoria, BC.

Jim is survived by his wife of 57 years, Helen; his son Charles, wife Manjit and granddaughter Jessica; his son-in-law Trent Templeton and grandsons Andrew and Shane; one brother Lambert; sisters-in-law Carol and Norma; and some very special nieces, nephews and family members.

Jim was born in Regina Saskatchewan and attended school there. He enjoyed working for Sask Tel for 36 years in many different positions. Following early retirement he worked for Sask Tel International on the installation of fibre optics in the tunnel between France and England.

Jim was a member of the Regina Kiwanis club and spent many hours volunteering with Computers for Schools. He was passionate about sharing with family and friends his love of hunting, camping, canoeing, golfing and downhill skiing. He and Helen built a home at Echo Lake where they spent many happy summers. Jim could build or fix anything.

In 2012 Jim and Helen moved to Victoria, BC.  They enjoyed their time there lawn bowling at the Gordon Head Club as well as golfing, and travelling.