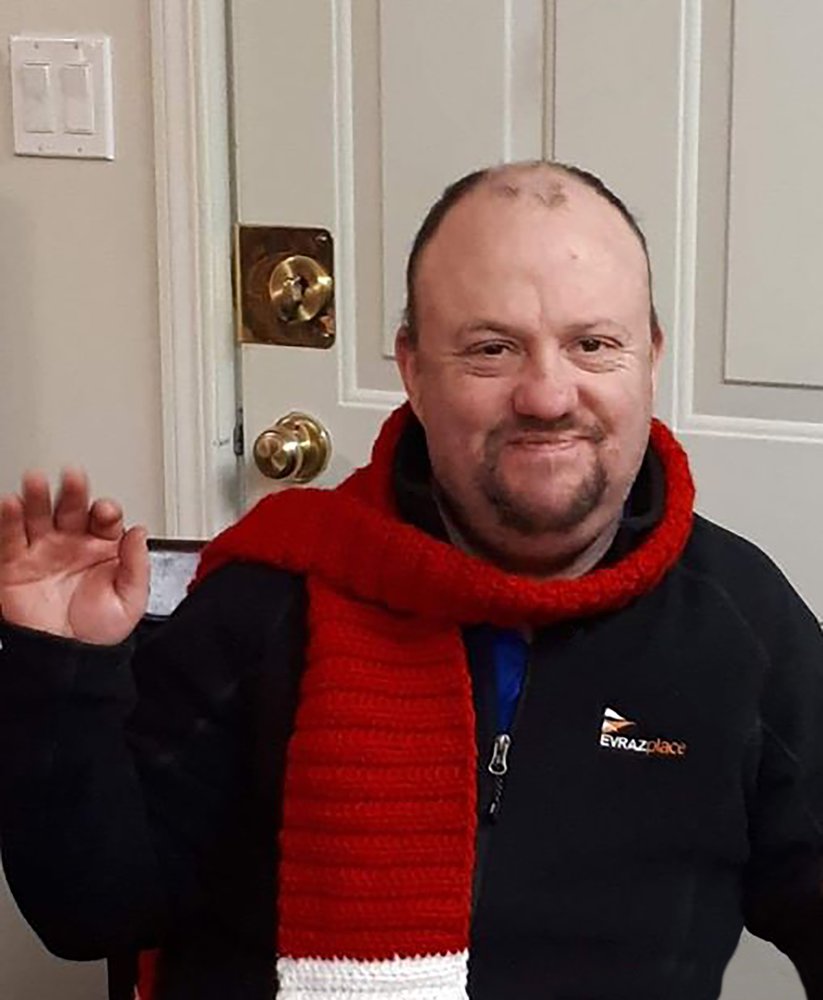 Stuart James McClenaghan passed away unexpectedly in his sleep on November 18, 2019 at the age of 44 years.

Stuart was the first of four sons born to Joanne and Ron McClenaghan. Although, the smallest of the four, he took his big brother status seriously and wouldn’t hesitate to instruct or protect his siblings. He grew up in Yorkton attending elementary, junior high, and high school there. Stuart was involved in sports at a young age, but his primary interest was music, specifically the trumpet. He participated in music programs throughout his school years doing every band related activity imaginable.  His love of music had him travelling extensively with the bands performing at many special events. He won several awards and attended the University of Mary in North Dakota on a music scholarship.

After earning a Business Diploma at Moose Jaw Tech, Stuart’s work took him to many different cities including Moose Jaw, Regina, Edmonton, Saskatoon and Yorkton. Over these years, he made countless friends and stayed in touch with almost all of them, as evidenced by dozens of condolence messages on his Facebook page. He was an unwavering fan of the Saskatchewan Roughriders and the Edmonton Oilers (even in the rough years).

Stuart was predeceased by his mother, Joanne; his grandparents, Stuart and Reva Laing and Wilbert and Eileen McClenaghan; his uncle, Jim McClenaghan and aunt, Brenda Laing. He is survived by his father, Ron (Yorkton); his brothers and families, Jeff and Ashley (Saskatoon), David, Andria, Emileigh and Marshall (Yorkton), and Gary, Pamela, Brooks and Rylee (Edmonton); his uncle Bob Laing (Leader) and his aunt Holly McClenaghan (Lumsden); and numerous cousins, relatives and life-long friends.

Stuart was a friend to all and was always enthusiastic to lend a hand to anyone in need.  Whether entertaining children of family or friends, spending quality time with his grandma Reva, or any social gathering with friends, he was always engaged and present in the moment. He was described as having “a huge heart in a small frame.” His relentless smile and hearty laugh will be missed.

There will be a celebration of life for immediate family.  If you wish to make a donation in Stuart’s memory, please donate to the Salvation Army kettles this Christmas.

Share Your Memory of
Stuart
Upload Your Memory View All Memories
Be the first to upload a memory!
Share A Memory
Plant a Tree