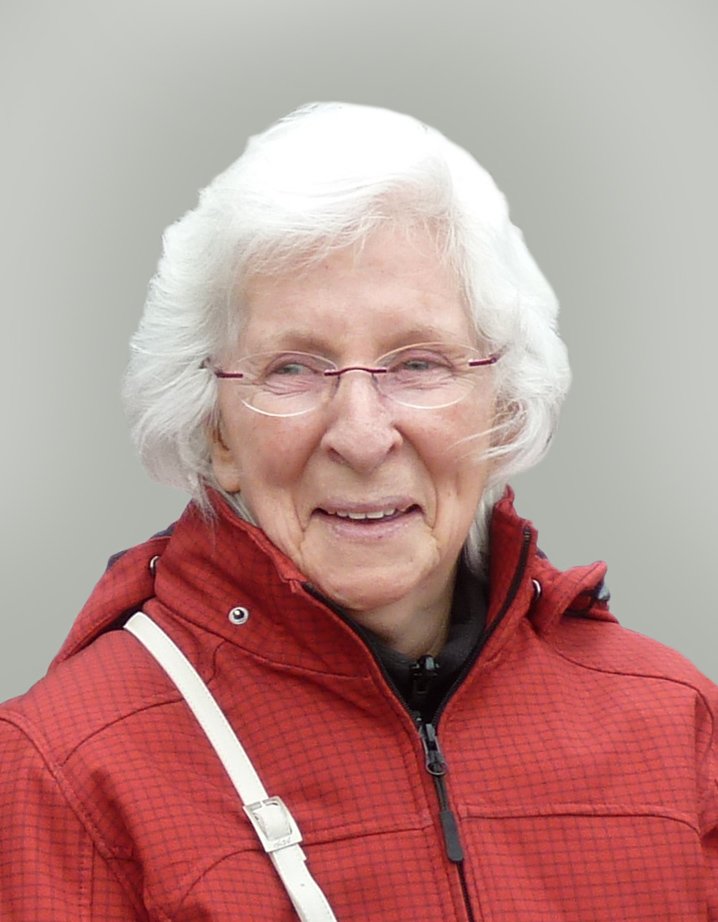 Bernadette passed away peacefully on Wednesday, February 12, 2020. She was born on February 11, 1933 in Milngavie, Scotland. Bernadette and her family immigrated to Canada on the Labour Day weekend, 1957 and settled in Regina. She worked in various jobs in Regina over the years, including Saskatchewan Government Telephones, Motorways, and in The Bay's china department. More than anything, Bernadette was most proud of the family she built with her husband John. While her children were Regina Lions' Band students, she spent many years as a volunteer organizing the food for trips, chaperoning on band trips with John, and being affectionately known as “the flag lady”.  Bernadette and John loved hosting family events, traveling to visit family or just to discover new places with their children, and in later years enjoying many winter breaks to Hawaii. She was predeceased by her mother Mary and father Charles; husband John; brother Brian; sister Eleanor; and numerous in-laws, cousins, and other relatives. Bernadette is survived by her children, Ronald (Lisa) and their children Sofia and Roman; Norman (Kathleen) and their daughter Annalise; and Lisa (George) and their children Johannes, Alexander and Zoe; numerous in-laws, nieces and nephews, cousins, other relatives and close friends. Prayers will be held at Speers Funeral Chapel, 2136 College Avenue, Regina, SK, on Wednesday, February 26, 2020 at 7:00 p.m. Funeral Mass will be held at Little Flower Roman Catholic Church, 420 College Avenue, Regina, SK on Thursday, February 27, 2020 at 10:00 a.m.  Interment in Riverside Memorial Park. Bernadette's family would like to extend special thanks to Bill, Clair and all staff at College Park 2, and all staff on the Palliative Care Unit at the Pasqua Hospital for helping make Mum's final days happy and as comfortable and peaceful as possible. Flowers most gratefully declined. Those so wishing, may make donations in memoriam, to the Palliative Care Unit-3A, Pasqua Hospital, 4101 Dewdney Avenue, Regina, SK, S4T 1A5 or the Canadian Cancer Society, 1910 McIntyre Street, Regina, SK, S4P 2R3.