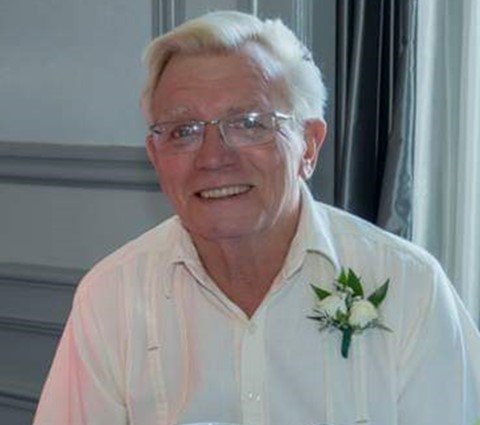 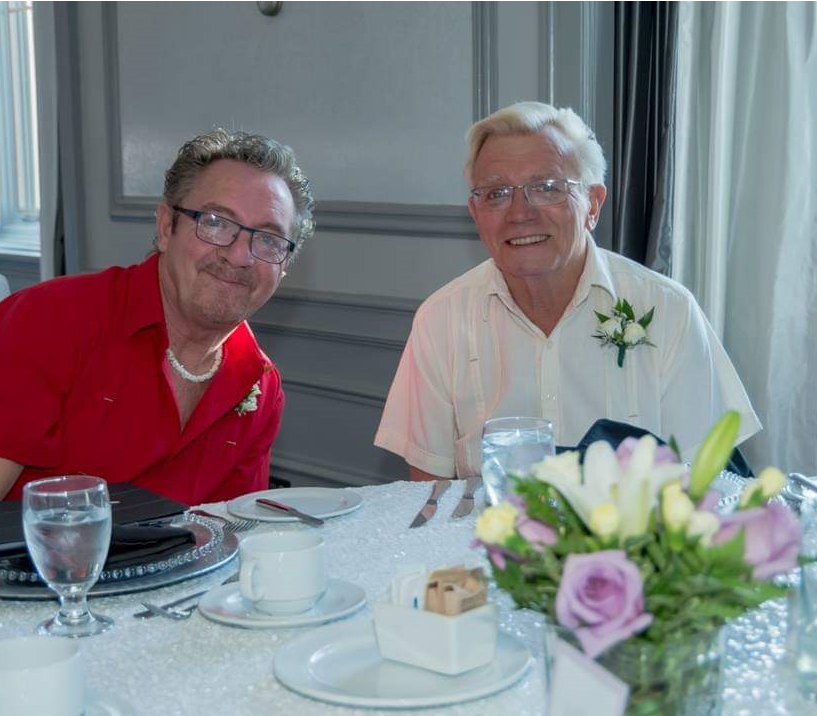 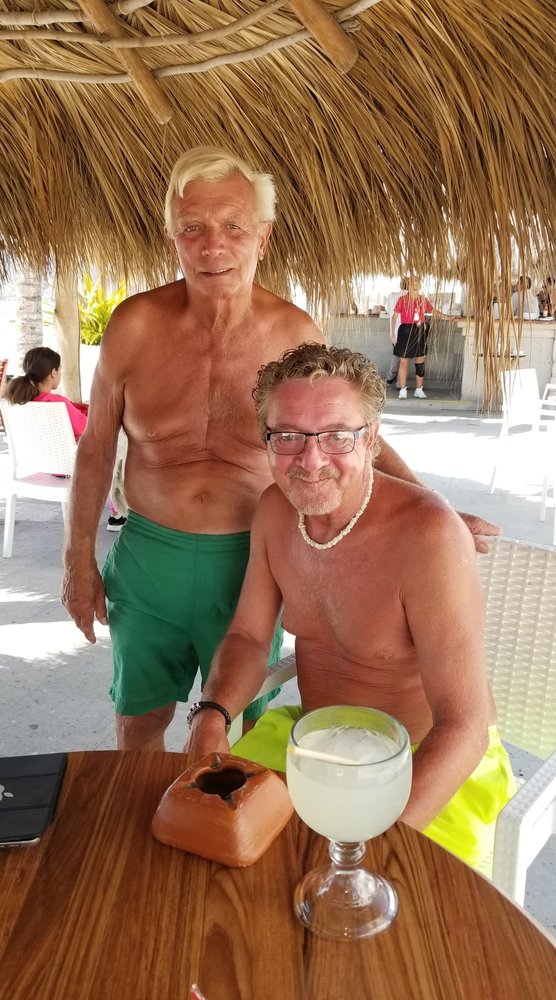 He was predeceased by his father John; his mother Thelma Tinkess; his infant son Allen; brothers, Ronnie and Lloyd; and sisters Elaine and Marlene. Allen is survived by his best friend and loving partner for 41 years, Peter Bell; their three daughters, Alana Shearer-Kleefeld (Darryl), Tara Brittin (Jeremy), and Rana Nixon (Doug); four grandchildren Trista (Katrina), Keenan, Olivia, and Charlie; his brothers, Stan (Jan) and Roger; and sisters Norma and Janet.

Allen lived his life surrounded by people who loved him. He was filled with personality, creativity, wit, and humor.

Allen was born and raised in Bulyea, SK. At age 16 he started his training to become an electrician. At age 19, Allen was the youngest person in Saskatchewan to achieve his journeyman certification. His four brothers also became electricians.

In 1965, Allen met and married Sharon Greer. Together they had three beautiful daughters, Alana, Tara, and Rana. During these years, Allen worked part-time as an electrician and wrote for CBC Radio. Allen and Sharon ended their marriage in 1974.

In December 1977, Allen was introduced to Pete through a mutual friend. On May 21, 1979 Allen asked Pete “what are you doing for the next 50 years?” Of course, Pete accepted the proposal and they have enjoyed life together since that day.

Allen returned to full-time work as an electrician. In July 1979, following the passing of Allen’s boss, Allen and Bruce (the nephew of his former boss) opened Crosstown Electric. Due to the economy in Saskatchewan, Bruce eventually moved to BC, and in May 1989, Allen was forced to close his business. Allen’s asthma was growing increasingly worse making it impossible to be on a construction site any longer.

Allen loved to cook, and insisted that everything be made from scratch. He started a little gourmet food business called Horrible Humphrey’s Fine Foods & Fixins. His premier product was barbeque sauce bottled in beer bottles. He expanded to offer more products like souvlaki kits, fish batter, chicken coating, and square pickled eggs.

In 1992, Allen began working at Victoria Square Mall. He loved his job at Vic Square but it left him little time to dedicate to his food business. Allen remained at the mall until he retired in 2012. Following his retirement, he worked part-time in the lottery kiosk at Vic Square until July 2018.

A life-long Roughrider fan; Allen and Pete treasure their season tickets. Every game day they were prepped to go with a backpack full of snacks and supplies including everything but the kitchen sink. Allen was the eternal optimist when it came to the Riders and never jumped off the band wagon even in the tough times.

In May 2001, Allen had a massive heart attack, the widow-maker the doctors called it. He underwent quintuple by-pass surgery and made a miraculous recovery. At the time, the doctors promised us 10 good years. We were blessed to have 19. After Allen’s heart surgery, he committed himself to a heart healthy diet and spent much of his time re-imagining his favourite recipes.

Allen and Pete loved Mazatlán and spent as much time there as they could every winter. They walked on the beach, made many friends and never missed a happy hour.

Due to the events of recent days, and with concern for the wellness of our family and friends, the family has decided to hold a celebration of Allen’s life at a later date. In lieu of flowers, we kindly request that you make a donation to the Heart & Stroke Foundation, #26-1738 Quebec Avenue, Saskatoon, SK, S7K 1V9  or the Alzheimer Society of Saskatchewan Inc., 2550 12th Avenue, Regina, SK, S4P 3X1.

Services for Allen Shearer
There are no events scheduled. You can still show your support by planting a tree in memory of Allen Shearer.
Visit the Tribute Store

Share Your Memory of
Allen
Upload Your Memory View All Memories
Be the first to upload a memory!
Share A Memory
Plant a Tree