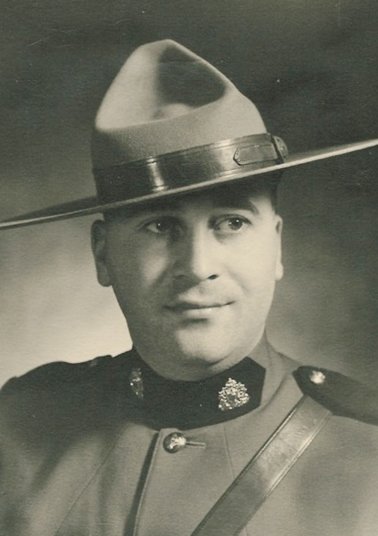 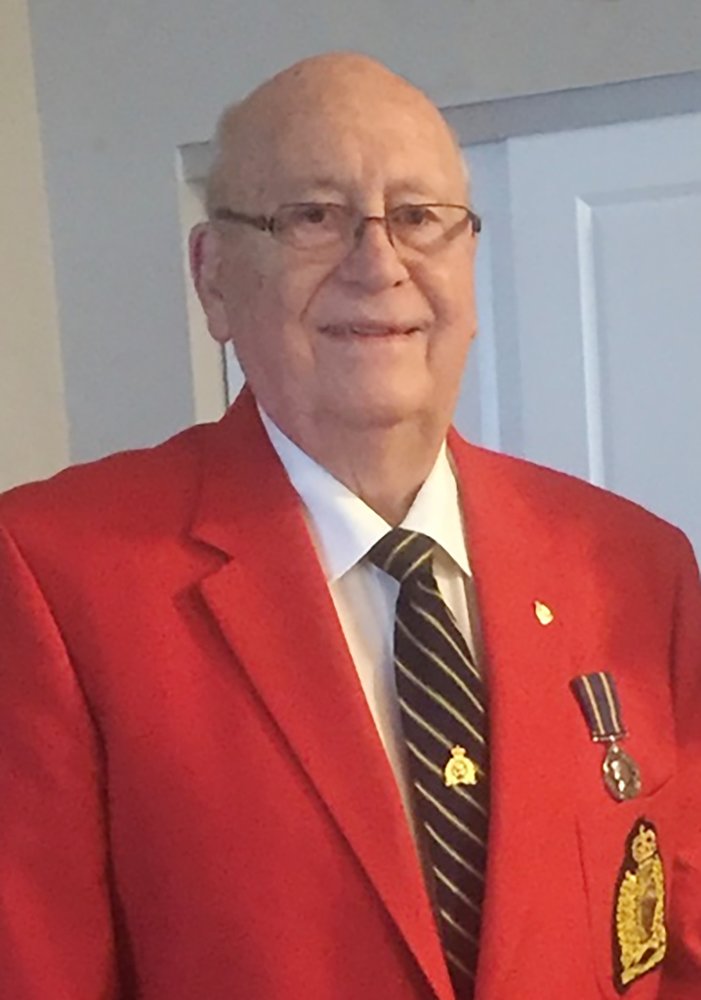 William Herbert “Bill” of Regina, Saskatchewan, passed away peacefully on Wednesday, March 25, 2020, four days shy of his 85th birthday, with his children by his side.

Bill was born in Liverpool, Nova Scotia, to Herbert and Izola Smith, on March 29, 1935.  While growing up, he enjoyed sports, drama and playing in the Cadet band.  When Bill was 18 years old, he joined the Royal Canadian Mounted Police and left his Maritime home to train in Vancouver, BC and then Ottawa, ON.  It was there, on a blind date, that he met his true love, Jacqueline Racine, and they were married four years later.

Bill specialized in the Identification section of the RCMP and was posted in Ontario, Alberta, Prince Edward Island, and finally Saskatchewan.  Bill and Jackie raised four children, having a child at each posting.  After 25 years of service, Bill retired from the RCMP as a Sergeant in North Battleford, SK, and began his 2nd career as Assistant Administrator, and then Administrator, of the River Heights Lodge.  After 17 years, Bill retired from his position and they moved to Regina to be near family.

Bill also fulfilled his life-long dream of learning to fly and obtained his private pilot’s license.  Bill and Jackie enjoyed many hours flying in his Cessna and being a part of the Battlefords’ Flying Club.

Bill was very service-oriented and belonged to many community organizations throughout his life, including the Lions Club, the Legion, the Battlefords’ Flying Club Executive, the Masonic Lodge, the Shriners, the RCMP Veterans’ Association, the Green Falls Landing Residents’ Council and Welcoming Committee.

Music was also a big part of Bill’s life. He played the drums in many bands, including the WA WA Shriners Drum Corps, and sang for many years in the Resurrection Parish Folk Choir and with the Green Falls Singers.

Bill loved to be surrounded by family, to spend time in his yard and garden, and especially enjoyed hosting the annual Family Lobster party, which took him back to his Maritime roots.  After his wife’s passing, Bill took comfort from his loving family, his cat, Jack, and all his friends at Green Falls Landing.

The family wishes to extend their gratitude to the staff at Green Falls Landing for the wonderful care given to Bill in his final days, and to all his friends at Green Falls Landing for their ongoing support.  In lieu of flowers, memorial donations may be made to Shriners Hospital for Children Canada – Patient Transportation Fund, through the WA WA Shriners, 2065 Hamilton Street, Regina, SK, S4P 2E1 or by phone at 1-866-699-WAWA(9292).

A funeral service will be held at Resurrection Roman Catholic Parish, Regina, SK, at a later date.

Services for William Smith
There are no events scheduled. You can still show your support by planting a tree in memory of William Smith.
Visit the Tribute Store