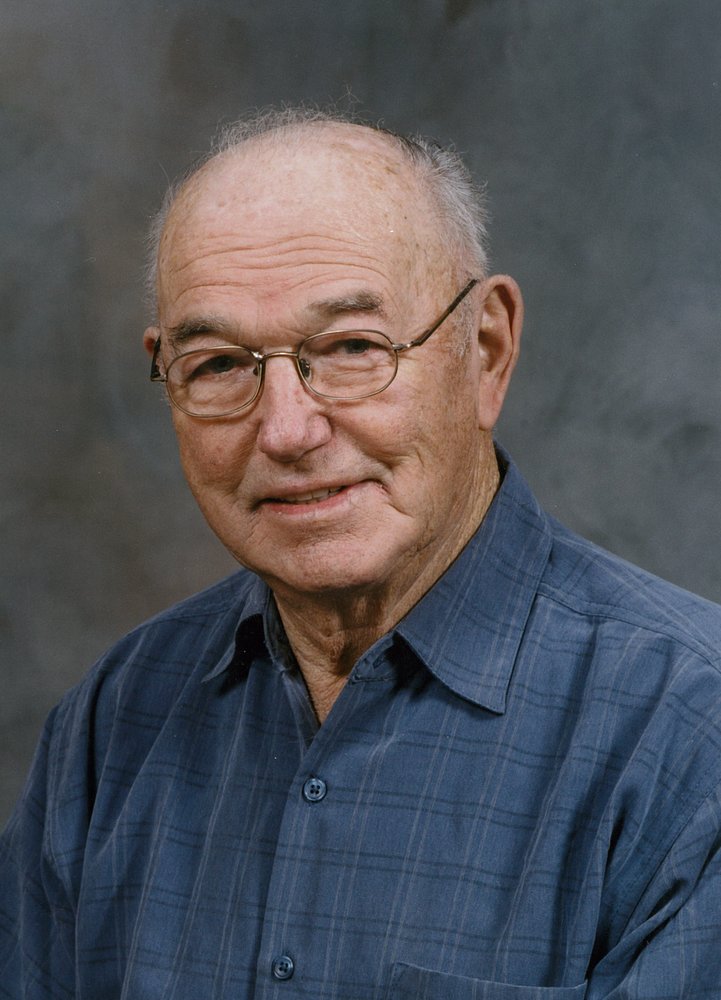 Jim, late of Avonlea, passed away peacefully in Regina Wascana Rehabilitation Center on Wednesday, March 25, 2020 at the age of 92 years. He was predeceased by eleven siblings; and his wife Artiss (neé Hill) in 2000, Jim is survived by his son Kevin, son Brian (Becky) and their three boys Braden, Dawson and Nolan, and a large extended Clarke family.

Jim was born in Rouleau, grew up on the family farm near Hearne, and spent most of his life in the Avonlea community. He attended Amherst School, Moose Jaw’s Central Collegiate, worked for two years at Swifts packing plant in Moose Jaw while taking business night classes, and eventually teacher’s school in Moose Jaw, later teaching in Beinfait and at Amherst school for a short period of time. The next years were spent helping on the home farm until taking it over, and working various jobs in the Avonlea/Briercrest area.  In 1961 he started work at the Claybank Brick Plant, eventually becoming the plant manager and working there until it closed in 1989.  He then continued to work the home farm until retiring and selling the land after 45 years.

Jim was married to Artiss in 1963 and was kept busy helping raise their two boys, coaching hockey and baseball teams and always involved in their activities.  Later in life he was also keenly interested in his grandsons and all their sports and life events.  Jim was a proud and dedicated member of the Avonlea community and spent countless hours involved with many organizations and community activities. He was a long-time member of the Lions Club, museum board, school board, rink committees, manager and treasure of the senior hockey team, active member of the United Church and served many other functions and activities.  Jim was a talented musician, learning to play multiple instruments by ear. In his younger years he was a member of several local bands and continued to play piano and organ throughout his life, always tinkling the ivories with a big smile on his face.  One of his greatest pleasures was his garden, in which he spent many hours tending to and was so proud of being able to show off his flowers and give away the many vegetables that it produced. He was also an ardent long-time supporter of the Riders with season tickets for over 40 years, and got much enjoyment attending games and Grey Cups with friends and family, even to the point of stopping harvest on a regular basis to attend games. Jim was a compassionate and caring husband and father, which was well demonstrated as he took tenderhearted care of Artiss in the last years of her life.  He lived life to the fullest, always had a ready smile for those he met, and was selfless and generous with both his time and spirit. Jim was a loving husband, father, grandfather, brother and friend and his loss will be felt deeply by all who had the pleasure of knowing him.

The family would like to thank all the members of the Avonlea community who helped him out through his later years looking out for him, helping him when needed and giving him rides to the city when he was unable to himself – your friendship and assistance is greatly appreciated. Jim spent the last months of his life at the Grace Hospice and Wascana Rehabilitation Center in Regina, and the family send heartfelt thanks to the staff for the loving care he received during his time there. Due to the current circumstances, the family will be holding a private ceremony with a memorial service sometime in the future. Interment will take place at Hillcrest Cemetery. Flowers gratefully declined. Friends so wishing may make a donation to The Canadian Cancer Society, 1910 McIntyre Street, Regina, SK, S4P 2R3 or Avonlea United Church, Box 356, Avonlea, SK, S0H 0C0.

“A life well lived is a precious gift
Of hope and strength and grace,
From someone who has made our world
A brighter, better place
It’s filled with moments, sweet and sad
With smiles and sometimes tears,
With friendships formed and good times shared
And laughter through the years.
A life well lived is a legacy
Of joy and pride and pleasure,
A living, lasting memory
Our grateful hearts will treasure.”

Services for James Clarke
There are no events scheduled. You can still show your support by planting a tree in memory of James Clarke.
Visit the Tribute Store